Yamashiro Says Goodbye In Thankful Letter From Its Owners 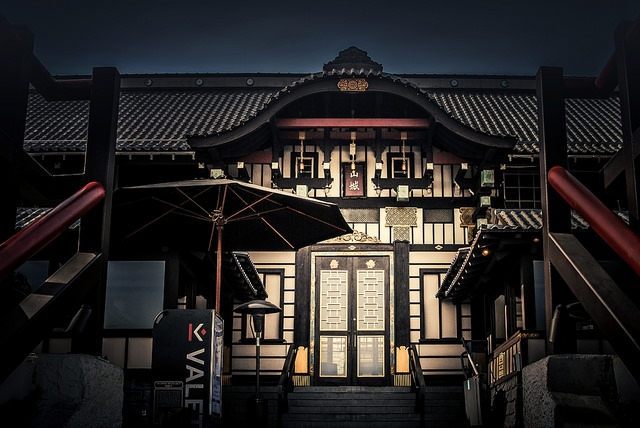 Yamashiro and Valet. (Photo by Carrie McGann via the LAist Featured Photos pool on Flickr)

Sunday, June 12, was Yamashiro's last official day as a restaurant. The palatial hilltop restaurant, with a fantastic and fascinating history, was sold to a Chinese conglomerate earlier this year.

We don't know what's going to happen next to the gorgeous estate perched above Hollywood. After the property was sold to JE Group in March for $40 million, the new owners decided it was high time to start charging the restaurant a higher rent. Unfortunately, the new rent—$100,000 per month—is simply just too steep for the restaurant's operators. Yamashiro announced, then, that they would be closing their doors in June.

As for the property itself, we previously reported that its future is very uncertain. Neither the restaurant's furniture nor its liquor license were purchased along with the property itself. Eater L.A. reports that the new owners have hinted that the building might be converted into a club. Ultimately, however, we don't know.

Curiously, the building itself hasn't always been a restaurant. Through it's century of existence, it's been an apartment building, a private residence, an actors' club and a school. Thomas O. Glover, father of the Thomas Y. Glover who, until Sunday, operated Yamashiro, purchased the property back in 1948. While he originally believed he would demolish the property, he changed his mind after falling in love with the building's Japanese architecture. Yamashiro, the restaurant, followed soon thereafter.

On Monday, the former owners and operators of Yamashiro, Tom and Jane Glover, along with family members (and co-operators) Carlos and Andre Ulloa, published a brief letter to Facebook offering their thanks to the estimated 3.6 million people who patronized their restaurant through the years: 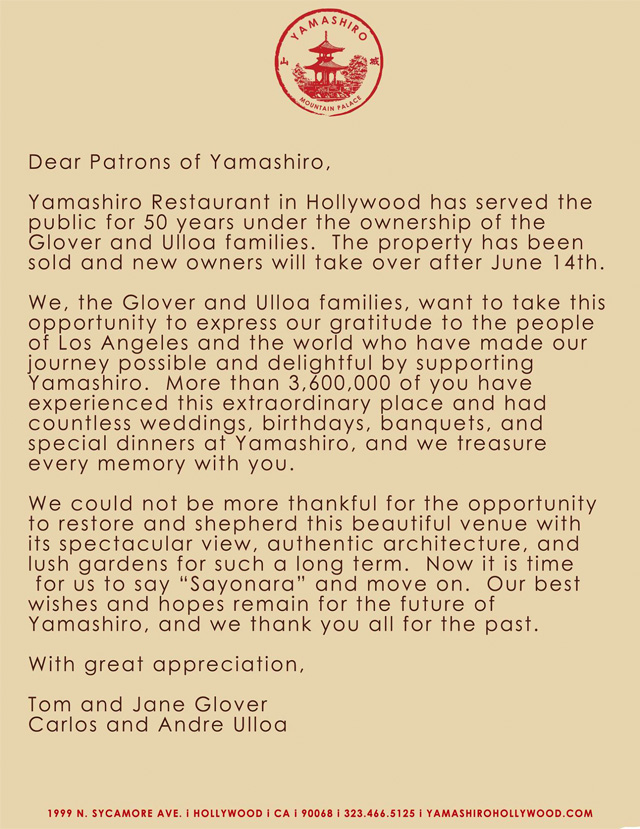