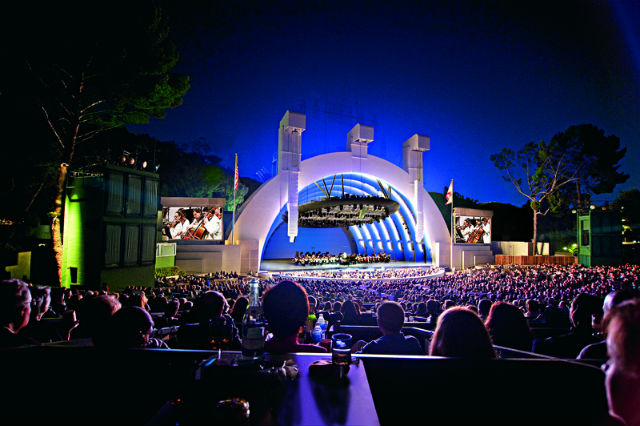 You know it's summer when the Hollywood Bowl is in full swing. (Image: Courtesy of the Los Angeles Philharmonic Association)

We found a number of notable happenings and events in June to help plan your social calendar. Read on for all our picks and details.

HOLLYWOOD BOWL (Music): The Hollywood Bowl officially opens on June 18 when Steely Dan—Donald Fagen and Walter Becker—joins the Hollywood Bowl Orchestra to benefit the LA Phil and its education/community programs. Fireworks follow. But even before Steely Dan, another Bowl tradition happens the weekend before, when the Playboy Jazz Festival on June 11-12 with traditional and not-so-traditional jazz acts (Janelle Monáe, Seth MacFarlane and Jon Batiste & Stay Human are on the bill). Check out the full lineup for the summer ahead.

KCRW SUMMER NIGHTS (Music): KCRW ventures out into LA this summer with KCRW Summer Nights—outdoor shows featuring live music and DJ sets throughout communities across SoCal, including the OC and Santa Barbara for the first time. The series begins on June 2 with DJ Anne Litt at the Museum of Contemporary Art in Santa Barbara from 7-9 pm. Things get busier later this month with shows in Chinatown, the Hammer Museum, Santa Monica Pier, One Colorado in Pasadena and the Anaheim Packing District, among others. The shows are free and all ages.

AFTER 5 (Music):
Hauser Wirth & Schimmel gallery jumps into the summer music game with After 5—a series of music performances on Thursday nights from 5-8 pm. On June 2, the contemporary art space presents David Shull, who’s been writing and performing with Rocket from a Drone, the smaller, Poison Dartz from a Micro-Drone, and his own band, Seashellz. Other performers in June include DJ Son Zoo and Sara Lov.

FIRST FRIDAYS (Music + Science): The Natural History Museum’s First Fridays series closes for the season on June 3 from 5-11 pm, and they’re taking the Zombie-themed party outside and through the museum for the finale. The Stranger than Fiction BTS tour happens at 5, 5:30 and 6 pm, with 6:30 pm discussion on “Mostly Dead Is Slightly Alive” with Bradley Voytek, Timothy Verstynen and moderator Patt Morrison. Live music by Health, YACHT and Kauf with DJ sets by KCRW Resident DJ Aaron Byrd, as well as Valida and Shiva. Tickets: $20, free for Museum members.

BARNSDALL PARK’S FRIDAY NIGHT WINE TASTING (Wine + views): Barnsdall Park's popular Friday Night Wine Tasting Fundraiser, returns this Friday and runs weekly from 5:30-8:30 pm through Sept. 2. Sip wine (provided by Silverlake Wine) under the stars, listen to music by KCRW and buy food from some of the city’s best food trucks. New this year are discounted rides from Lyft. Tickets: $30 and $42 for tasting and a tour of Frank Lloyd Wright’s Hollyhock House. The event supports the Park’s capital projects, art programs, historic renovations and exhibitions. Get your tickets now because the events always sell out. 21+.

COPA AMÉRICA CENTENARIO: COPA América—the oldest international continental soccer competition—celebrates 100 years. And for the first time, the tournament will be hosted outside of South America with 32 matches being played throughout the U.S. from June 3-26. The Rose Bowl in Pasadena hosts matches on June 4 (Brazil vs. Ecuador), 7 (Colombia vs. Paraguay) and 9 (Mexico vs. Jamaica). Tickets start at $62.

MUSEUM OF BROKEN RELATIONSHIPS (Art + ruins): The Museum of Broken Relationships—a new museum dedicated to failed relationships, broken hearts and remnants and ruins, opens to the public on June 4. The museum, which is located at 6751 Hollywood Blvd., will be open 7 days a week, featuring more than 300 items of donated artifacts in 3,500 feet of exhibition space. Admission: $15-$18.

LAST REMAINING SEATS (Film):
The LA Conservancy’s Last Remaining Seats, the summer series of classic films in historic theatres, returns for its 30th season from June 4-25. The screenings kick off on June 4 at 2 pm and 8 pm with Top Gun (1986) at the Los Angeles Theatre (1931). Other titles include To Kill a Mockingbird, Some Like It Hot, Dos tipos de cuidado, Singin’ In the Rain, Double Indemnity and Safety Last. Tickets: $22 for the general public and $18 for Conservancy members.

COAST (Open Streets): Coast is Santa Monica’s first open streets event. Like CicLAvia, two miles of SaMo streets will be closed off on Sunday, June 5 from 9 am-3 pm for biking, walking and skating. Discover local food, music, shops, culture, dance and games along the route for this family-friendly event. The route is: Main Street from Marine to Colorado, Colorado from Ocean to 5th Street, and along Ocean from Colorado to Wilshire. Participants are encouraged to take public transit or nonmotorized transportation to the event. Free.

L.A. PRIDE: LA Pride Festival & Parade weekend takes place from June 10-12 where thousands and thousands of revelers—gay, bi, trans, questioning and straight alike—take to the the streets of WeHo for one of the largest celebrations of the LGBTQ communities and their allies. The weekend will feature performances by Carly Rae Jepsen, Krewella, Charli XCX, Big Freedia and more. General admission single-day/weekend passes: $25-$45. Weekend VIP is $125. (Friday night is free).

GRAND PERFORMANCES (Music): Grand Performances is a free outdoor summer performance series that takes place at the waterfall at Grand Avenue’s California Plaza. The series returns for its 30th season with an international and local lineup that reflects L.A.’s own diversity, from Mexrrissey (July 9) to Mashrou’ Leila (June 17)—the only Arab band with openly LGBT members. Other Grand Performance programs address important social and racial issues. Evolución L.A.tino explores Latino and Chicano culture with a number of events, including the June 10 screening of Prejudice and Pride, episode 5 of the PBS series, Latino Americans: 500 Years of History. A post-screening discussion follows.

Made in L.A. 2016 Artist Announcement from Hammer Museum on Vimeo.

MADE IN L.A.: a, the, through, only: The Hammer Museum opens the third installment of its biennial Made in L.A. exhibition on June 12. A, the, through, only highlights the works of 26 emerging and under-recognized artists working in Southern California in diverse disciplines, including Martine Syms, Wadada Leo Smith, Kenneth Tam, Gala Porras-Kim, Margaret Honda, Rafa Esparza and more.

FOUR DAYS OF HIP-HOP DANCE (Dance): The Music Center presents Four Days of Hip-Hop Dance, a series of fusion dance events (both free and ticketed) that celebrate the Compagnie Käfig dance company performances at the Dorothy Chandler Pavilion from June 17-19. Events include a panel discussion in Grand Park on Ain't No Half Steppin': Dance from Soul Train to B-Boys and a hip-hop edition of Sleepless: The Music Center After Hours. 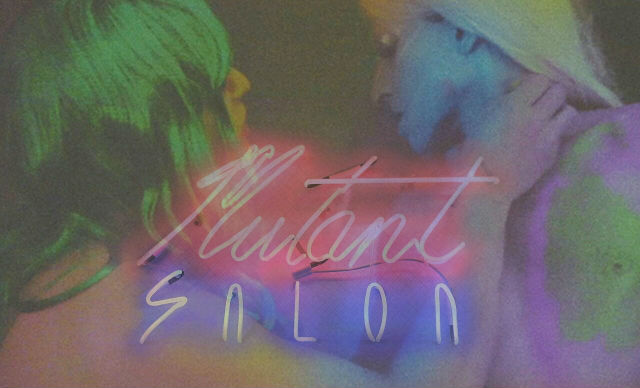 Mutant Salon does a pop-up beauty parlor at The Broad later this month. (Photo: Courtesy of The Broad)