Why L.A. Getting Snubbed By Michelin Is Actually A Compliment To Our Food Scene 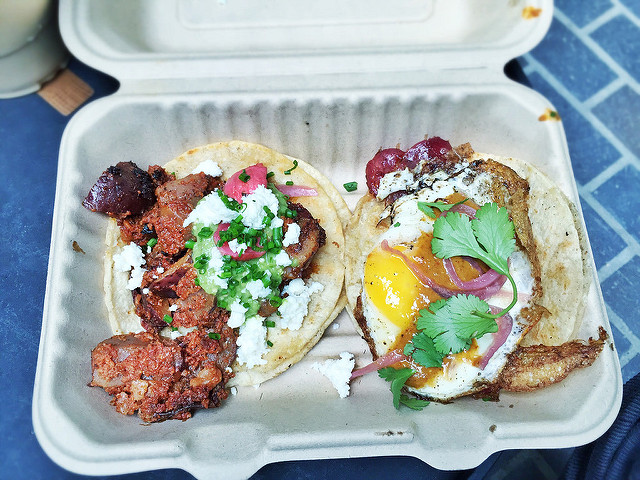 L.A.'s Guerrilla Tacos (Photo by T.Tseng via the Creative Commons on Flickr)

Less than a month ago, L.A. swept the James Beard awards, pulling in more honors than any other city. If you're wondering what a city in a food renaissance looks like—this is it. Which is why not everyone was happy when Michelin announced Tuesday that they would launch their eponymous guide in Washington D.C., despite no longer publishing an L.A. edition. The Beltway's hometown rag even entered the fray, with more than 1,000 words in the Washington Post devoted to the all-important question: "Did the Michelin Guide snub Los Angeles by choosing D.C.?"

It surely seems so. Frank Bruni, a once-excellent food critic turned inexplicable columnist for the upper middle class trend blog formerly known as The New York Times, tweeted his surprise and then further detailed his displeasure in a follow-up email to the Post. "I’m hard pressed to say that D.C. is a superior restaurant town to L.A.," he told the Post, adding that he'd long thought L.A. was an unfairly stereotyped and overlooked food town, and that, ultimately, the city "deserves a place in the Michelin Guide, period."

Michelin currently keeps tabs on restaurants in San Francisco, New York and Chicago; they ceased publication on Los Angeles and Las Vegas guides in 2010. For what it's worth, and as pointed out by WaPo, no one seems particularly bothered by the snubbing of Sin City.

The Post's own food critic even ranked the L.A. food scene above D.C.'s in a prior story, celebrating our epicurean diversity, along with the fact that we're the only city to boast a Pulitzer Prize-winning food critic. 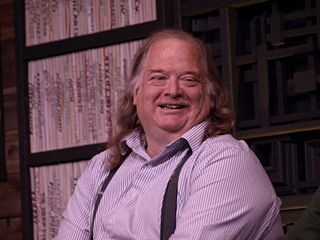 (Photo via Wikimedia Commons)
Interestingly, that same Pulitzer Prize-winning food critic—local hero Jonathan Gold—was among the least perturbed by the news. In Gold's view, Michelin never got L.A. anyway, with a ratings system "uniquely ill-suited" to evaluating restaurants in a city where the best food is often found on a tortilla served out of the back of a truck, or in a barely converted mini-mall pizzeria. Even L.A.'s finest dining rarely comes served on white tablecloths and fancy china, and one could argue that it's this very lack of stuffiness that makes our food scene great. But it's also what a French institution like Michelin seems to be looking for—and finding lacking—in our fair city.

D.C. measures in at a relatively compact 68 square miles, while the city of Los Angeles sprawls across more than 500 square miles (Michelin actually cited the difficulty of inspectors covering that much ground when they left town in 2010), but the cities aren't just physically disparate. In many ways, the District's food scene is actually sort of the opposite of L.A.'s.

D.C. has recently begun to rise above their "longtime reputation for steakhouses and expense accounts," but even as the chefs improve, no real identity has taken hold yet, at least according to the locals. In a Washingtonian article last year, Todd Kliman, the magazine's former food editor bemoaned the lack of just that. Surveying a number of prominent food critics, he found that there was "no dish or cuisine or tradition that anyone could point to and say, Ah, yes, that’s very distinctly Washington, in the way that you could, easily, with New Orleans (Creole cooking, gumbo), Charleston (low country, an abundance of great local fish), Portland (artisans, bakers, food trucks)."

As one fellow critic explained to Kliman in an email: "As fond as I am of DC, I think it lacks two of the main drivers for cities (beyond New York, which has everything) that help create a standout culinary reputation: sense of place or a driving culture/idea. By sense of place, I’m thinking of Los Angeles’ sweeping diversity, or the pristine seasonal bounty beloved by chefs in San Francisco...By culture I’m also thinking of cities with entrenched immigrant communities that enrich the dining scenes immeasurably."

D.C. certainly has diverse immigrant communities and corresponding cuisines, but they don't define their food scene in the way that L.A.'s pluralistic identity characterizes ours. Charges of exoticizing the other aside, we Angelenos take real pride in the fact that our best bites come from every corner of the city, and that the ethnic diversity of our city is reflected not just in the restaurants we frequent, but also the ones we celebrate.

We have plenty of restaurants that cater to the rich and famous, but dining in L.A. is also a wonderfully egalitarian experience, especially if you know where to look. Anyone willing to put in a little effort can eat very well for very little here, and choose from almost any cuisine. In fact, in a city notoriously segregated by race and class, our hole-in-the-wall restaurants are celebrated spaces where you will often find the widest cross-section of Angelenos.

Compare that with D.C., where, according to Vanity Fair, the city's best restaurants are increasingly driven by their dual identity as big-money event spaces for political fundraisers and lobby group parties. Jessica Sidman, the food editor at Washington City Paper, told Vanity Fair that even popular, older restaurants have been renovating to make their spaces more profitable for events. “All the other downtown restaurants, they have that stuff,” she said, referring to the updated décor and A.V. system recently added to an upscale Pennsylvania Avenue restaurant. “They’re built for events, and so some of the older ones now are renovating in order to accommodate those big groups.”

One has to presume that creating spaces that can be rented by the hour for corporate spending and government networking isn't necessarily conducive to cultivating identity, let alone personality.

As Jonathan Gold told the Washington Post, “I think [Michelin] is probably a better fit in D.C., that kind of expense-account dining is so much more an important part of the restaurant scene than it is here."

“It’s silly for [Michelin] to lower, bend or do backflips on their standards in order to fit the particular aesthetic of a city they are reviewing,” he explained. And it would be silly for L.A. to bend or lower our standards to match their criteria.

Gold even had a few predictions for what will ultimately grace the D.C. guide: “I assume there is going to be a certain kind of stuffy restaurant that will end up doing extremely well, and an experimental restaurant that won’t do as well,”

Even D.C. locals are worried that Michelin's arrival will add fuel to the hype cycle, making reservations more difficult and giving restaurants an excuse to raise prices. Washington City Paper worries the "overhyped" guide is yet another "horse race" to follow in a city "full of people constantly calculating, commenting on, and dissecting political scores."

Back home in Los Angeles, we can all lean into our tacos and breathe a collective sigh of relief that no French tire makers will be coming out west to celebrate and elevate the stuffy restaurants that least characterize what we do best.

To paraphrase Groucho Marx, we wouldn't want to be part of any club that would have us as a member, anyway.