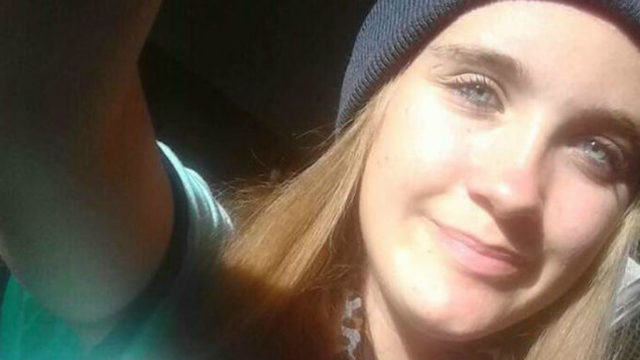 The hunt for suspected kidnapper Fernando Castro ended yesterday afternoon with a high-speed car chase and a shootout. However, The L.A. Times reports that the search is still on for missing Bay Area teen Pearl Pinson, who has not been seen since her abduction Wednesday.

On May 25, a witness reported seeing Pinson, 15, bleeding and crying out for help as she was dragged away by a young man armed with a gun at around 7 a.m. The witness heard a gunshot, according to a release from the Solano County Sheriff's Department. Deputies found blood and a cellphone on the ground in the area, where Pinson had been walking to meet her school bus in Vallejo. Castro, 19, reportedly an acquaintance of Pinson's, was named as a suspect, and an Amber Alert was issued Thursday which described his car, a 1997 four-door gold Saturn. Castro, but not Pinson, was caught on camera in such a car on the San Rafael Bridge at about 9:30 a.m. that day.

Castro was then spotted heading south on the 101 freeway near Los Alamos around 3 p.m. California Highway Patrol chased Castro through Santa Barbara County, which ended when Castro crashed his car at a mobile home park in Solvang. He broke into one of the mobile homes, driving out an occupant who was unharmed, before stealing her Toyota Tundra in an attempt to escape. At this point, however, Santa Barbara County Sheriff's deputies were circling in, and Castro shot at them. They returned fire, killing him.

With Castro's death, authorities have now ramped up their efforts to find Pinson, whose whereabouts remain unknown. The search area has been expanded beyond the Vallejo area and the FBI has pitched in to help. Pinson was last seen wearing a gray sweater, black leggings, and a black-and-turquoise backpack. She has green hair and green eyes. Her lower lip is pierced on the left side. Anyone with information for the authorities should call their tip line at 707-784-1963.