Corey Feldman On Hollywood Pedophilia Allegations: 'I Would Love To Name Names' 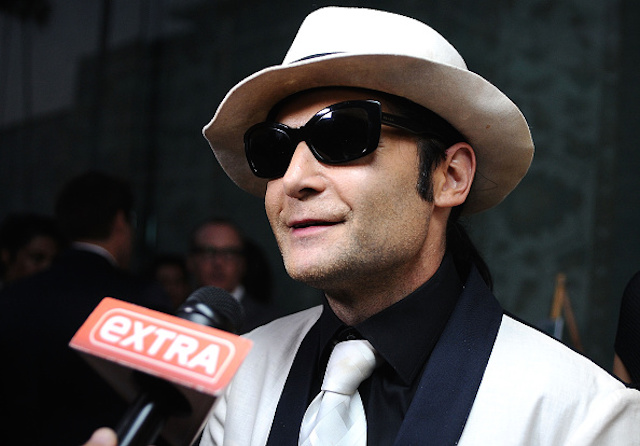 After an interview with Elijah Wood last week brought attention to allegations of pedophilia in Hollywood, former child star Corey Feldman has also spoken out. Feldman has talked about the childhood sex abuse he and fellow child actor Corey Haim suffered in the past, notably in his 2013 memoir Coreyography. Haim died in 2010 after a long battle with addiction.

Feldman began his on-screen career at the age of three with a McDonald's commercial, and later appeared in a string of iconic movies, including The Goonies, Stand by Me, The Lost Boys, Gremlins and The 'Burbs.

Speaking to The Hollywood Reporter, he warned of the "growing, not shrinking" problem of child predators in Hollywood, which he categorized as a place "where adults have more direct and inappropriate connection with children than probably anywhere else in the world." According to Feldman, the internet has made it even easier for powerful adults to prey on child actors. "They reach out to little kids on Twitter, they reach out to little kids on Facebook, and they say, 'I'm a big producer and I can help you,'" he said. "With social media we have more access than ever to everybody." 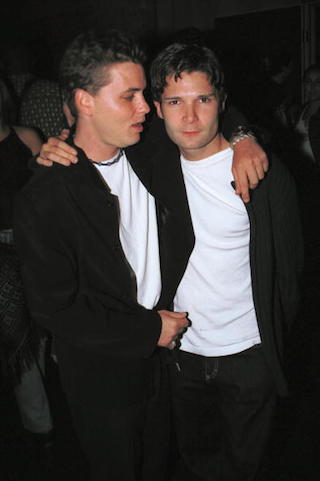 Actors Corey Haim and Corey Feldman pose outside a Hollywood club in 2001. (Photo by David Klein/Getty Images)
In the interview, Feldman talked about the abuse suffered by both him and Haim, saying that he was molested multiple times by several different people, and that Haim was raped as an eleven-year-old. "My son is 11 now and I can't even begin to fathom the idea of something like that happening to him. It would destroy his whole being," Feldman said.

Feldman told The Hollywood Reporter that, as much as he would like to publicly identify the predators in question, he remains legally unable to do so because of statute-of-limitation laws in California:


I would love to name names. I'd love to be the first to do it. But unfortunately California conveniently enough has a statute of limitations that prevents that from happening. Because if I were to go and mention anybody's name I would be the one that would be in legal problems and I'm the one that would be sued. We should be talking to the district attorneys and the lawmakers in California, especially because this is where the entertainment industry is and this is a place where adults have more direct and inappropriate connection with children than probably anywhere else in the world.

According to Feldman, one of his abusers remains "prominently" in the business today.

The interview also touched on the recent documentary An Open Secret, which addresses child sex abuse in Hollywood. Feldman said the situations he faced were similar to that detailed in the documentary, where adult men would throw parties that would then be primarily attended by young child actors. According to Feldman, the men perpetrating the abuse were all friends with each other:


Ask anybody in our group of kids at that time: They were passing us back and forth to each other. [Alison Arngrim] from Little House on the Prairie said [in an interview], "Everybody knew that the two Coreys were just being passed around." Like it was something people joked about on studio lots. We're not talking about huge executives and directors that I am aware of that were involved in this. The people that I knew doing it were publicists, they were photographers for teen magazines, things like that.

In his interview with the Sunday Times, Elijah Wood credited his protective mother with keeping him safe from predators as a child actor, but unfortunately Feldman's parents weren't able to do the same. According to Feldman, his primary abuser was actually an employee of his father's.

"My father hired this man and this man coaxed me into trying every single drug that I ever tried," Feldman told The Hollywood Reporter. "[The man in question] says, 'Hey I'm going to be your best friend, I'll take you to Disneyland, I'll take you to the Comedy Store.' He was my assistant, my driver, my chaperone, and also basically my guardian."

In 2011, Feldman called pedophilia the "No. 1 problem in Hollywood.”

“Probably every child actor has brushed shoulders with a pedophile in the industry,” Anne Henry, the co-founder of BizParentz, a resource for the parents of child actors, recently told The New York Times.