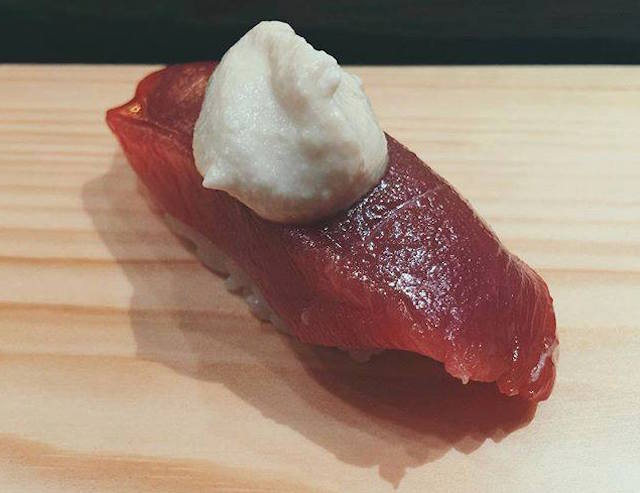 Sushi of Gari first opened in Manhattan in 1997, according to Eater L.A. They've since expanded to three other spots in New York as well as one in Tokyo, and now they've opened in Hollywood.

Sushi of Gari will, according to a release from the restaurant, offer "an engagingly intimate dining experience focused on the art and style of omakase sushi fearing Gari's unique signature sauces." These sauces are what Sushi of Gari is known for. A peek at the selections reveals salmon topped with sweet onion sauce and seared tomato, snow trout with garlic apple sauce, and blow-torched scallop topped with prosciutto and sun-dried tomato sauce, among others.

It's a bit pricier than other nearby sushi joints, such as Franklin Village's very cheap Sushi Spot, with lunch specials ranging from $25 to $55. Check out their menu here.

The Eastown Complex contains quite a few other recent restaurants on its ground floor, including Dunkin Donuts, Pressed Juicery, a soon-to-open Shake Shack and this writer's favorite Hollywood happy hour spot, Greenleaf. It also has a Barry's Bootcamp, a SoulCycle and a membership office for the Equinox going in the nearby Camden.