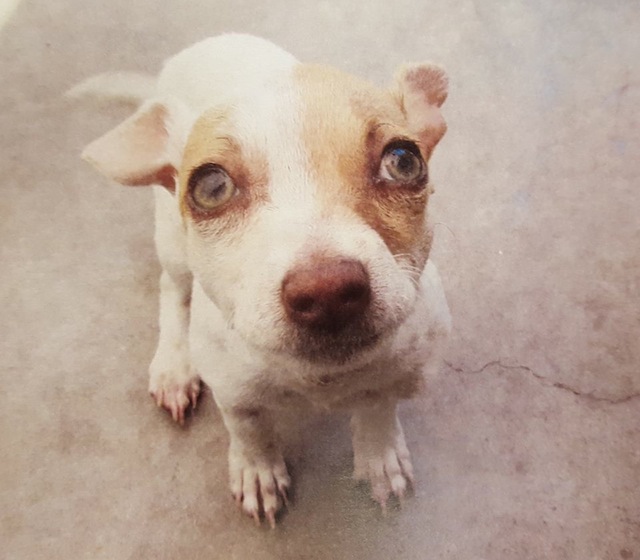 It only works if you work it. (Photo via Tustin P.D. Facebook)

Bubba the Puppy made headlines when his owner, Joshua West, 40, was arrested by Tustin police on March 22. The terrier mix puppy was found in a motel room at Key Inn & Suites, intoxicated with "heroin, methamphetamine and nicotine in his system" from his drug-dealing owner, a Facebook post by Tustin P.D. claims.

The good news is that Bubba has been fully detoxed while in the custody of Orange County Animal Care. "We are happy to report," the Facebook post continues, "Bubba has been treated for his drug addiction and is doing excellent."

West, a parolee, was arrested and charged with "an outstanding warrant, a parole violation, possession of drug paraphernalia, heroin and methamphetamine."

And another charge was tacked on today. The Tustin P.D. post continues, "Based on Bubba's toxicology results, additional charges of animal cruelty will be filed against his former owners." The pup will soon be transferred to a "rescue organization who can find him a forever home" in the near future.