There's A Bernie Sanders Rally In Santa Monica On Monday 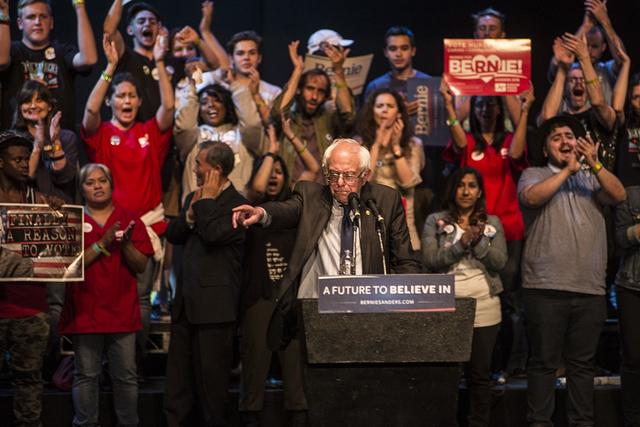 Will Bernie be taking the Expo Line to his rally? (Photo by Annie Lesser/LAist)

Presidential hopeful/ bird whisperer Bernie Sanders will be holding a rally in Santa Monica on Monday afternoon—the same day as California's deadline to register for the primary on June 7. (Here's a handy guide on how to do that, by the way. Just do it.)

The event will take place at the Santa Monica High School football field at 4 p.m. It's free and open to the public, but RSVPs are encouraged, which you can do here.

In addition to, you know, participating in democracy, the rally is another great reason to check out the new Expo Line!

Bernie has made a handful of trips to Los Angeles over the last few months. In March, he strolled down Hollywood Boulevard, to the delight of Jack Sparrow impersonators and tourists alike. LAist was at his impromptu, quasi-NSFW rally at the Wiltern. And just last week, Bernie held another massive rally at the StubHub Center in Carson.