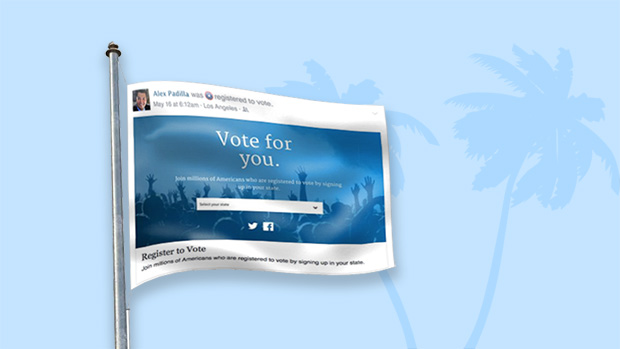 Despite long-exaggerated reports of the internet eventually leading to the fall of civilized society, it looks like Facebook has—yet again—had a markedly positive effect on civic engagement.

On Monday, Californians who logged into their Facebook accounts were met with a reminder to register to vote, along with a direct link to the state's online voter registration website. And, according to the office of California Secretary of State Alex Padilla, the results were "stunning." 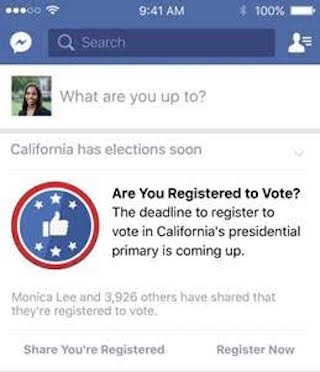 More than 60 percent of those transactions were completed by Californians under the age of 36.

"By providing a platform for civic engagement and reminding people in California to vote, Facebook makes it easier for people to participate and have a real impact on the political process,” Katie Harbath, Director of Government and Politics at Facebook said in a statement. The reminder ran from Monday, May 16 through Wednesday, May 18 and was visible to Facebook users in California who will be 18 or older on Election Day.

P.S. You have until this coming Monday, May 23, to register to vote. For your convenience, we have linked to the online voter registration website once in every single paragraph of the above article, so you really have no excuse. Please register, please vote.

Related:
Here's How You Can Register To Vote And Apply To Vote By Mail Online
Snapchat Fights For Your Right To Selfie From The Voting Booth
State Election Officials Put The Kibosh On Ballot Selfies