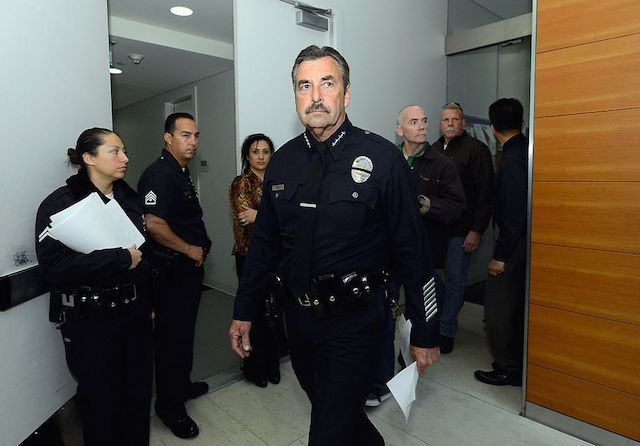 In a system similar to that of a military court martial, disciplinary cases against officers are decided by a three-member Board of Rights panel. The Board of Rights process has has been in place since the 1930s and was actually designed by then-Lt. William H. Parker (Parker would go on to lead the department as its longest-serving chief; see also, Parker Center). The panels are composed of two commanding officers and one civilian.

The Los Angeles Police Protective League, as the union is known, charges that the two commanding officers on the panel "owe their livelihood to Chief Beck," and therefore can't act independently of his influence. In a statement issued Friday, the union said their suit would detail how Beck and his command staff exerted "improper influence" over the police members of the board, ensuring that the chief’s recommended discipline decisions were upheld. According to the union, four LAPD Captains have also filed individual lawsuits against the LAPD arguing that Beck inappropriately influenced the disciplinary process.

Representatives from the Los Angeles Police Protective League, which was founded in 1923 and represents more than 9,900 members of the department, will hold a press conference later this morning.