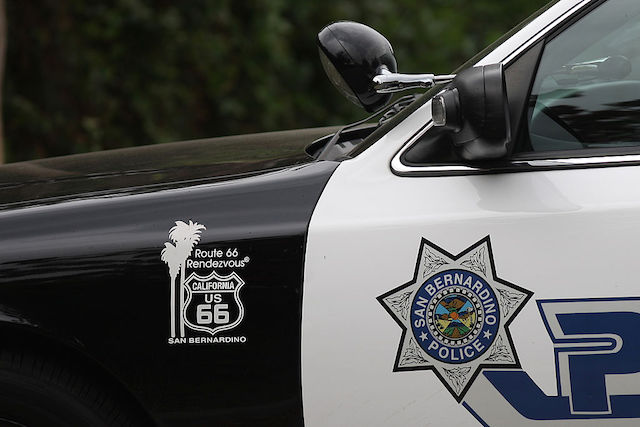 San Bernardino, an Inland Empire city east of greater L.A., has been identified as California's most dangerous city, according to a recent report.

The distinction comes via FBI data that was compiled and analyzed by the office of criminal defense attorney Graham Donath. According to Donath's office, the title isn't based solely on crime rates. Their rankings are created using three key dimensions: crime is obviously a major factor, but it is also analyzed alongside police presence, and community factors like poverty, unemployment, population density and education rates. Stockton was named as the state's second most dangerous city, and Modesto placed third. Los Angeles ranked 19th on the list.

According to CBS, there were 24 homicides reported in the 209,924 person city within the first four months of the year.

San Bernardino suffered deeply during the mortgage crisis, and the city filed for bankruptcy in 2012. There is a strong correlation between poverty rates and crime, and San Bernardino's poverty rate hovers at a staggering 30.6 percent.

Interestingly, Donath's report also factors in climate data. As the report states, "It may sound arbitrary, but it’s true—even the FBI recognizes climate as a factor for determining dangerous areas," and several studies have shown a correlation between high temperatures and an increase in crime. The seasonal Santa Ana winds, which local legend has long associated with increased violence, are also felt especially strongly in San Bernardino. Although unmentioned in the report, one certainly has to wonder if the notorious hot, dry winds also play a role.

Brian Beltz, whose data visualization firm 1point21 Interactive worked with Donath's office on the report, told LAist that this is the first year they've compiled rankings According to Beltz, when most people look at the FBI crime data they only take into the actual account crime rates, and so he and Donath wanted to add in other elements to contextualize the information.

"We hand collected everything," Beltz said, explaining that two to three people worked on the data collection for a total of roughly 30 hours. According to Beltz, the officer head counts and budget information had to be manually collected—his team took the city budget data from individual city reports, and then called, tweeted and emailed city police departments that didn't have officer numbers readily available online. Beltz said that contacting departments via Twitter was particularly effective.

Note: This post was updated to include the conversation with Beltz, who was reached after the post first went up.