A New Museum Will Uncover The History Of L.A.'s Italian American Community 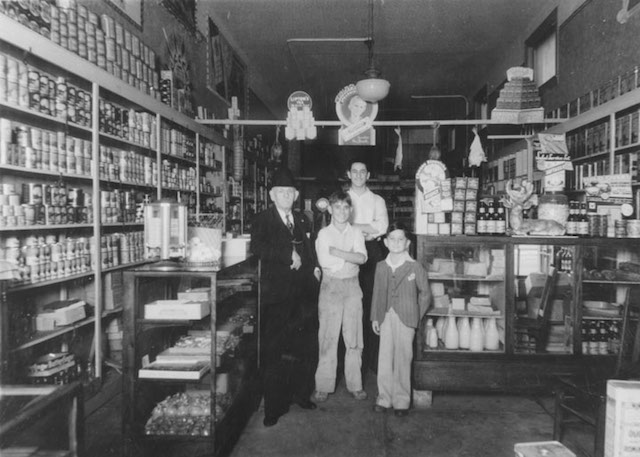 L.A. once had a thriving Little Italy, not unlike those still found in other cities across the country, and a new museum aims to showcase the city's Italian American heritage.

Anticipated to open next month, The Italian American Museum of Los Angeles aims to revive the legacy of L.A.'s Italian American community and its own Little Italy, which once stretched from present-day Chinatown to Lincoln Heights, according to KPCC. The museum will occupy the restored Italian Hall, once a social and cultural center of the community, located at the corner of Main St. and Cesar Chavez Ave. in downtown L.A.

The exact opening date and specifics of the exhibits are still under wraps as the renovation is completed and the finishing touches are added. However, the museum is expected to feature exhibits documenting the city's Italian American history, and will include photos, artifacts, letters, recipes and more that have been donated by Italian American families with roots in L.A. It will also look at the struggles faced by early Italian immigrants to the city, revealing parallels to contemporary issues around immigration, according to KPCC. The museum is also expected to host film screenings, language classes, as well as performances and other programming.

Excitement continues at the #IAMLA as our smart glass exhibition panels arrived and have been installed! pic.twitter.com/04MSyc74Mn

"The exhibitions will explore the unique Italian American experience in Southern California that was different in many respects from the Italian American experience elsewhere in the country," Marianna Gatto, a local historian and the museum's executive director, tells LAist. "We want to explore this history in terms of the Southern California region and the United States as a nation, drawing comparisons and taking into consideration opportunities that Italian Americans didn't have in other regions or had to a lesser degree."

Gatto wrote a book about the community a few years ago, and has worked with other community members to raise $3.5 million to restore Italian Hall. The group behind the museum also hosts the Taste of Italy event each fall, and plans were first set in motion in 1988, though fundraising really kicked off in 1993, according to Time Out.

Italians immigrants first began arriving in California as early as the 1820s, with more arriving during the Gold Rush in the 1840s. While many settled around the Bay Area, others were drawn to Southern California, in particular for its wide-open areas ideal for farming. Some were drawn to coastal areas like San Pedro and worked in the fishing industry, while others settled in downtown L.A. Italian Hall was built in 1908 and thrived as a cultural center until the early 1950s when suburban flight and World War II led to many Italian immigrants being displaced or interned in relocation camps. Many also had to carry enemy alien registration cards.