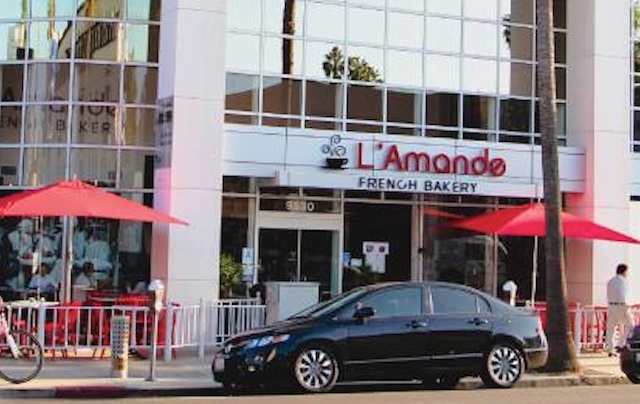 The married owners of a once-popular L.A. bakery have been ordered to pay 11 former workers more than $15.2 million after a judge found the couple guilty of human trafficking and labor violations.

Anita and Goncalo Moitinho de Almeida, owners of L'Amande French Bakery, shut down their bakeries in Torrance and Beverly Hills last year after workers sued the company for allegedly forcing them to work long hours for much less than minimum wage, among other abuses, according to the Daily Breeze. A judge issued a default ruling, compensating the workers after the couple failed to show up in court on May 2.

According to the original lawsuit, the couple—who are originally from Australia and own a chain of bakeries in the Philippines—brought the group of Filipino workers to the U.S. in 2012 under the E-2 visa program. The workers were allegedly promised skilled and supervisory jobs at the couple's Southern California bakery locations. But when they arrived, they said they were forced to work 15-hour days, cleaning and painting an apartment complex in Long Beach owned by the couple and made to do yard work and laundry at the couple's house, where they also had to sleep on the floor. The lawsuit also alleges that the employees received $3 an hour while working for months without a day off, and had to pay the Almeidas $11,000 each for their visas and airfare, or face deportation.

The Almeidas have repeatedly denied any wrongdoing, and Analiza Moitinho de Almeida told the Daily Breeze in an email that she treated her employees like family, "shouldering many of their financial needs, including educational, medical, dental, disaster relief, clothing and housing needs, for decades."

In a strange twist, the Almeidas also set up the website Justice for L'Amande Bakery, which is designed as a smear campaign against the former employees to deny their claims using social media photos and excessively hashtagged names.

The couple is now ordered to pay the $15.2 million, which includes compensatory damages for human trafficking, punitive and statutory damages, and attorney fees. The judge also voided the couple's transfer of their $1.4 million home in Rolling Hills Estates to a relative.