YACHT Sex Tape Turns Out To Be A Pathetic PR Stunt 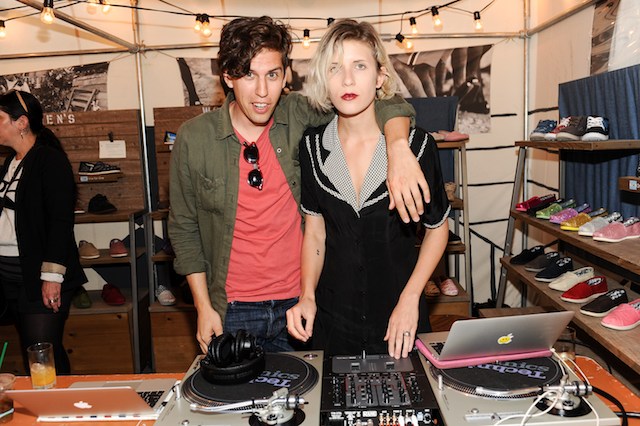 Color us surprised (not really).

Just to catch you up to speed, the tech-savvy indie rock band YACHT, who are basically musical and romantic partners Jona Bechtolt and Claire L. Evans, announced yesterday that they were victims of "one morally abject person" and had their private sex tape leaked. In order to take control of the supposed situation, the duo announced they would be selling the tape instead, for a cool $5 over at a site they set up for its distribution.

Of course this all turned out to be totally bunk. After you punched in your credit card info (which this writer did), you were led to an error page and otherwise got no confirmation of a purchase. Does YACHT now have my credit card info stored on a server somewhere? Thanks, guys.

"We have always operated under the principle of doing our best to maintain dignity and a commitment to openness and truth, both on stage and off," they wrote in their original Facebook post. Hah!

Jezebel had the scoop without realizing it, as Evans wanted to get the Gawkerverse in on the stunt in the first place. In an email from over a month ago, she wrote:


For the upcoming music video for our song, “I Wanna Fuck You Til I’m Dead,” we’re faking a sex tape leak.

In the days leading up to the video’s release, we’re going to pretend we were hacked, share and delete confessional social media posts on the subject of our privacy, then try to “get out in front of it” and sell the sex tape, fake a server crash, etc.

Two of you knew it was all a stunt and even emailed us after our story went up, including this guy, who wanted to admonish me for not doing my due diligence:

Look, I did search for it, but to a certain extent. Have you ever done a deep Google search when you're looking for a specific sex tape? That can take you to some dark places that might actually infect your computer.

Super random but I hate when people put out fake stories to sell their products.