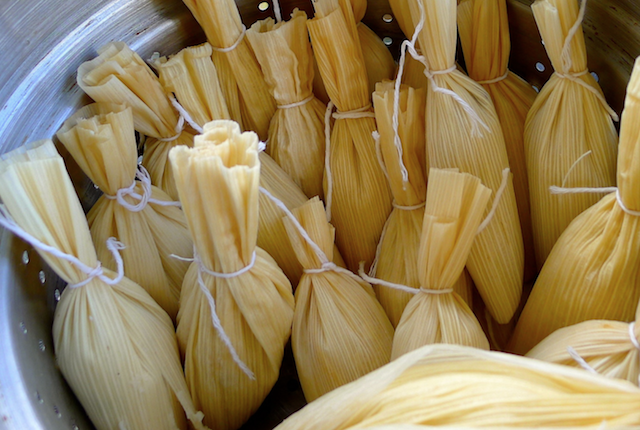 Photo by via the LAist Featured Photos pool on Flickr

An L.A. County Sheriff's Deputy who'd served the department for 16 years had a bit too much to drink at a cop event and was found drunk, and packing heat, in the car of a tamale vendor in Sacramento last week.

The L.A. Times reports the deputy, whose name was not released, was off-duty when he opened the front passenger door of a parked car around 1 a.m. in downtown Sacramento on May 2, and sat down in the front seat.

According to the Sacramento Bee, the man got into an altercation with the vehicle owner, who was delivering tamales to a nearby restaurant, and his friends. They saw that the man was wearing a pistol, and got him out of the car "forcefully" and disarmed him, according to Officer Matt McPhail of the Sacramento PD.

Sgt. Bryce Heinlein said the deputy was in town for "law enforcement memorial events" and that he was not arrested. "Officers use their discretion, weighing the options that are available to them to the circumstances they are presented with in each incident," he told the Times.

A spokeswoman with LASD said the deputy has been relieved of duty with pay, and an administrative investigation is underway.

This sounds like something McNulty and Bunk might get into, if tamale vendors were as common in Baltimore as they are in California.