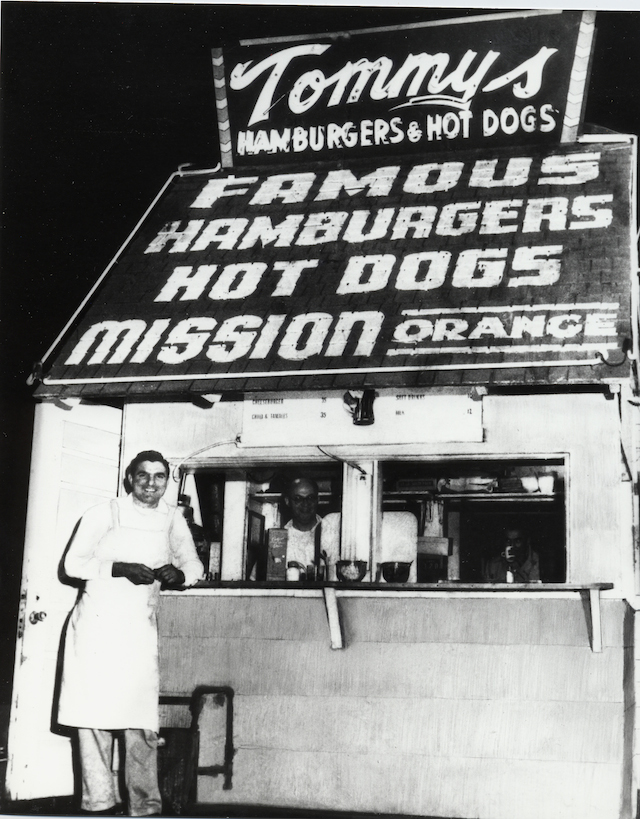 One of SoCal's old-school burger institutions will soon celebrate its 70th birthday with throwback deals, live music and more.

The Original Tommy’s burger stand opened up at the corner of Beverly and Rampart Boulevard in 1946, and on Sunday, May 15 they'll be hosting a big anniversary bash at the chain's first location. From noon to midnight, you can score one of their signature chili cheeseburgers and a can of soda for a mere 70 cents. Just don't get too carried away with the deal, as they limit five per customer.

Starting at noon, the celebration will kick off with the USC Trojan Band and a presentation by the Los Angeles Boys & Girls Club, followed by more live music and entertainment throughout the day, including a mariachi band. You can also win prizes and swag and check out the Original Tommy’s sweet classic car and race car.

First opened by Tommy Koulax, Original Tommy's has since expanded to over 40 locations across California and now Nevada. The 24-hour stand has also spawned tons of imitators with deceptively similar names and chili burgers, but don't be fooled by those wannabes.

And, yes, they do host a similar bash every five years, but hey, who's to argue with cheap chili burgers and mariachi bands?