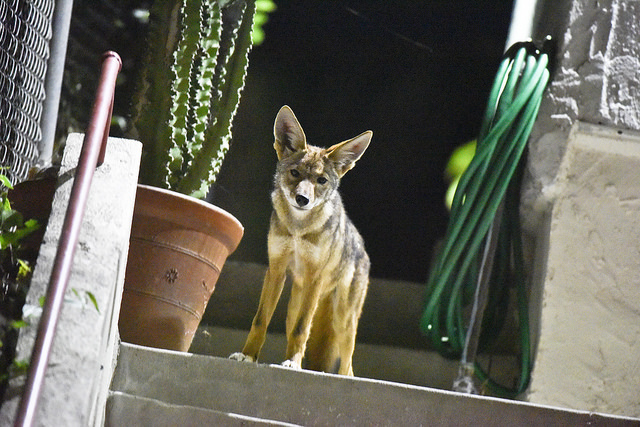 This is not a drill. National Park Service researchers from the Santa Monica Mountains National Recreation Area are embarking on a study investigating the diets of L.A.'s urban coyotes from Beverly Hills to Boyle Heights, and they need you. Because how better to study diet than from scat, the ultimate product of the digestive system?

A similar study performed between 1996 and 2004 in the suburban Conejo valley found that the area's coyotes ate mammals, like rabbits, pocket gophers, woodrats, and mice, along with native and fallen backyard fruit, and "in very rare cases, a domestic cat," according to a National Park Service press release.

But what about 30 miles to the east, in the urban wilds of L.A.? Do our coyotes, who, according to the NPS, deal with more concrete, traffic, people, and fewer open spaces than their neighbors to the west, dine similarly?

Well, it seems there is only one way to find out. And it may or may not involve getting your hands dirty. Researchers at the NPS have put a call out for citizen scientists to join their Coyote Scat Team in a volunteer capacity.

No experience is required, but citizen scientists must attend a training on Saturday, June 4 to learn proper scat collection procedures. Walking surveys will be performed on a monthly basis starting in June, according to the NPS. The project is expected to last a minimum of two years and a six-month commitment is required from all aspiring scat scavengers. 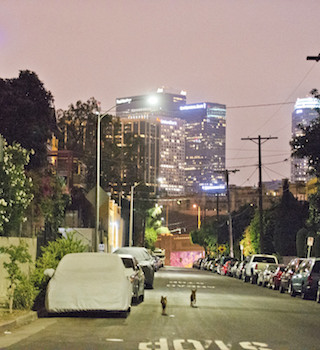 (Photo by National Park Service)
"This is really the beginning of a scientific process," Zach Behrens, a senior communications fellow for the Santa Monica Mountains, told LAist, adding that the project will hopefully yield information useful to future coyote management.

Behrens made it clear that citizen scientists won't just be scooping up coyote scat willy-nilly—the fecal matter will be carefully collected from 30 set locations in communities across the L.A. area. He explained that in order to do this properly and see real results, a formal scientific method must be in place.

Citizen scientists can also volunteer for the analysis team, which will help examine the scat contents (a one-to-three day commitment per month).

“This study should yield basic ecology information about the urban coyote, which we hope will assist residents and policymakers in making informed decisions on coyote management," Brown, who previously led a similar study in Chicago, said.

Sidenote: Since we already had him on the phone, we took advantage of Behrens' expertise to answer one of the great Los Angeles questions—What should you do if you see a coyote in the wild?

And by the wild, we obviously mean while walking from your car to your house.

Is it a skunk-style situation, where you should be quiet to avoid calling attention to yourself? Or do you want to yell and scare them? How do you avoid getting eaten like your neighbor's cat? The answer is, apparently, the latter (yelling, not cat-eating). Behrens tells us that the best thing to do is to act big and loud.

Coyotes are fearful of humans by nature, but that wariness can wane in densely populated areas. To help them maintain that healthy fear, you can wave your arms, clap your hands or yell until your new buddy retreats.