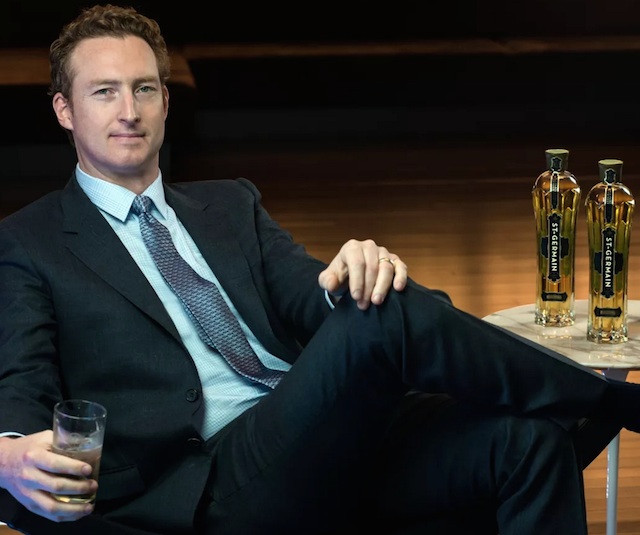 Robert J. Cooper, who introduced the hugely popular St-Germain liqueur to the cocktail world in 2007, died on Monday in Santa Barbara at the age of 39, the New York Times confirms. Known as a bit of a maverick, even within his own family, Cooper was an astute marketer who helped shape and predict trends in the liquor industry. The cause of his death was not immediately known.

Considered the "bartender's ketchup" for St-Germain's pervasiveness across the industry, Cooper helped bring the now-ubiquitous ingredient to prominence despite the doubts of his father, a liqueur magnate. Cooper's family owns the cordials and liqueurs company Charles Jacquin et Cie, founded by his grandfather and known for introducing the French raspberry liqueur Chambord. His father had no interest in Cooper's proposal to make an elderflower liqueur, and so he set out on his own only to find huge success.

St-Germain, recognizable by its Art Deco-styled bottle and distinct golden hue, is made from hand-picked elderflower blossoms that bloom for only a month during the spring in France. It's been celebrated as one of the most influential new cocktail ingredients of the past decade. To promote the liqueur, Cooper recruited the help of influential mixologists, hosted cross-country guest bartender exchanges and hired prominent bartenders as brand ambassadors according to the Times.

Cooper sold St-Germain to Bacardi in 2012 for an undisclosed sum. He then went on to bring back bar ingredients forgotten by time like Crème Yvette, a berry-violet liqueur, and Hochstadter’s Slow & Low, similar to the 19th-century drink rock and rye.

Cooper was born in New York on Aug. 3, 1976, and graduated from University of California, Santa Barbara with a degree in English and creative writing.

He is survived by his wife and two children.