You Can Now Deal With Traffic Tickets At An Outdoor Kiosk 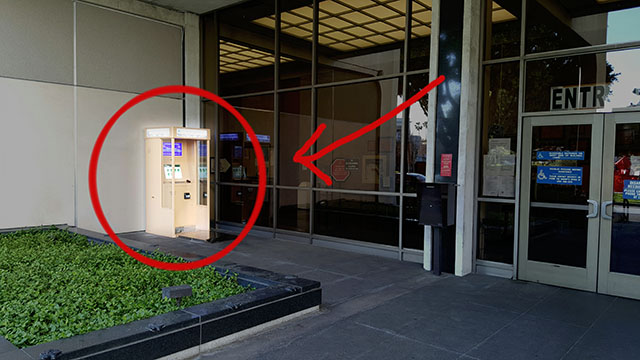 In today's installment of news that you can actually use, we are excited to report that the Los Angeles Superior Court has installed outdoor traffic ticket service kiosks at five courthouses, enabling Angelenos to take care of most traffic transactions without having to enter a courthouse.

Kiosk capabilities include checking the status of a ticket, paying and closing a ticket, requesting an extension, making a traffic payment, requesting traffic school and reserving a court date. The kiosks will offer services in six languages (English, Armenian, Chinese, Korean, Spanish and Vietnamese).

Angelenos have already been able to pay traffic tickets online for a number of years, but the new kiosks will also accept cash and checks, neither of which can be used online.

Los Angeles Superior Court public information director Mary Hearn told LAist that the court hopes to make things a little easier for people "faced with something as unpleasant as a traffic ticket."

"Obviously, they'll still have to travel to get there, but the kiosks will be open seven days a week and outside of normal business hours," she said.

The kiosks are now available outside of the Metropolitan Courthouse, the Beverly Hills Courthouse, the Chatsworth Courthouse, Van Nuys West Courthouse and the West Covina Courthouse. According to Hearn, they were implemented by an outside vendor at no cost to the court and are funded through a $3 service fee on each transaction.

Related:
California Drivers Will Now Get A Break On Unpaid Traffic Tickets