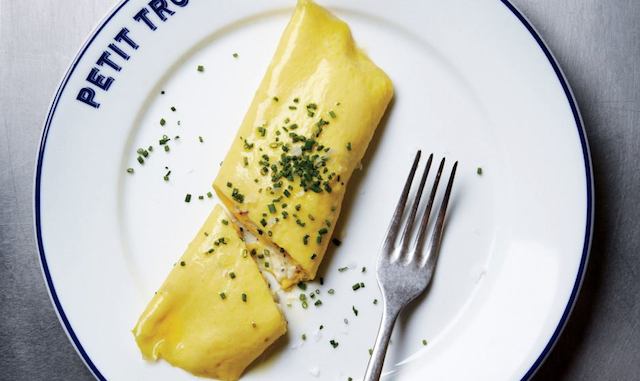 The chef of celebrated French bistro Petit Trios in Hollywood will soon take his famed Big Mec burger and perfect omelette over the hill.

Chef Ludo Lefebvre, who has earned a dedicated following for his other culinary forays like Trios Mec, Trois Familia and Ludo Bird, has just announced plans to open a second location of Petit Trois in the San Fernando Valley, according to Eater LA. Known for elevated French classics in a laid-back environment, Petit Trois was declared the third-best new restaurant in the country in 2015 by Bon Appetit.

Details of the pending second outpost are slim, but Lefebvre dropped the news of his expanding empire while hosting a private event at his home in anticipation of his upcoming hosting gig on season 5 of Mind Of A Chef on PBS. The news was shared by blogger Jo Stougaard of My Last Bite:

And while there's no official word on when they might open, Eater surmises that there's a strong chance it could be somewhere along increasingly bustling Ventura Blvd., around Sherman Oaks or Studio City, near where the chef lives. We'll just have to stay tuned for more details.