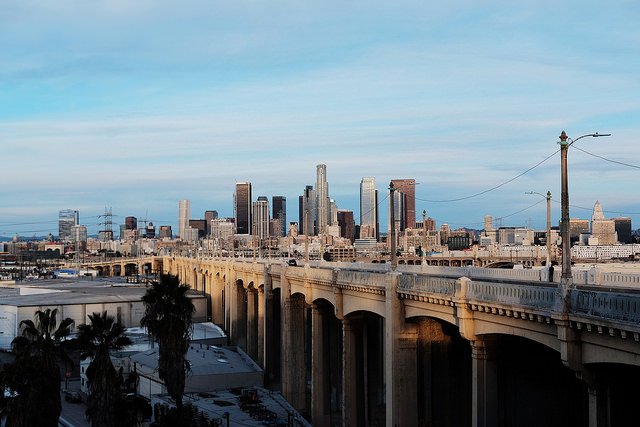 Boyle Heights sits at the edge of an increasingly sexy downtown Los Angeles, placing it right in the crosshairs of developers and real estate agents eager to peddle property in an ‘up-and-coming neighborhood.’

The people of Boyle Heights, however, aren’t so keen on the approaching tsunami of coffee shops and yoga studios, nor the inevitable rent increases and rent control evictions that will follow. Or at least do those portrayed in a feature piece in that ran on the Guardian’s website earlier this week, giving some detail to the neighborhood’s organized ‘anti-gentrification’ movement.

The piece highlights multiple instances of Boyle Heights organizers clashing with ‘outsiders’ perceived to threaten the neighborhood’s Latino character. For example, when the experimental opera Hopscotch—that opera that cruised around downtown L.A. in limousines—wanted to stage a performance in Hollenbeck Park, activists from a group named Serve the People L.A. (STPLA) rallied high school students from the Roosevelt High School band to play their instruments and drown out musicians that were a part of the opera.

"Our point is we have to defend Boyle Heights at all costs. If that means some people are going to get upset or feel threatened, so be it," said STPLA member Facundo Rompe to the L.A. Times at the time.

Gentrification, and its often racially coded subtext, is among one of the most divisive issues for Angelenos of all colors and socioeconomic statuses. Long time residents who have watched the transformation of Echo Park and Silver Lake into astronomically expensive neighborhoods accessible to only the most wealthy are worried that they themselves could be displaced at some point in the near future. Coalitions of concerned residents have emerged not just in Boyle Heights, but several other neighborhoods throughout North East L.A., South Los Angeles, and even Koreatown. 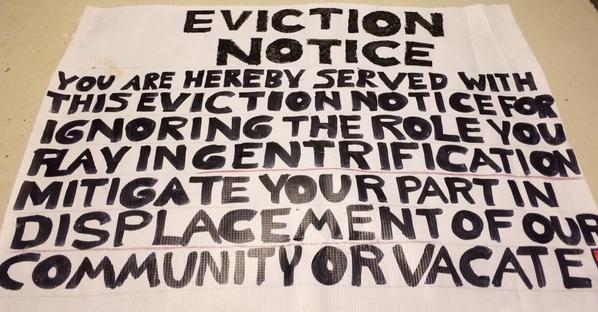 The same concern exists in Crenshaw and Leimert Park, where locals worry the soon-to-open Crenshaw rail line will draw affluent prospectors to the neighborhood.

“I worry that the new development may encourage people from outside the black community to indulge their prejudices without acknowledging the rich history and assets that already exist here,” said Hayley Roberts, a native to the predominantly black and middle-class neighborhood of View Park, to the L.A. Times.

The story is the same in Koreatown, where groups like Protect Koreatown and the Koreatown Immigrant Workers Alliance are fierily fighting the city’s plans to redevelop several pieces of land into luxury housing, displacing tenants in rent-controlled apartments along the way.

“I genuinely believe that Koreatown is a welcoming place where everyone, even hipster dogwalkers can find a home, we just don’t want to skew our neighborhood to cater only to that population,” said Alexandra Suh, the head of the Koreatown Immigrant Workers Alliance, to KPCC.

At the same time, it’s also crucial to remember that the people moving into these contested neighborhoods are often themselves displaced. As rents increase across the entire city, folks of all colors and socioeconomic statuses are priced out of neighborhoods they live in, inevitably choosing to move to a neighborhood that's more affordable.

This speaks less to a pernicious mindset committed to gentrifying, and more to a housing crisis that's driving rents up across Southern California. While the the City of Los Angeles is attempting to address the problem by building more housing, it's a slow process that is made slower by difficult regulatory hurtles. At the same time, the vast majority of new housing built in L.A. is hardly affordable for those who most need it. While the Build Better L.A. ballot initiative is attempting to address this by requiring developers include affordable and low-income housing in new apartments, and the city is attempting to retool its planning documents and zoning code, all of this stuff takes time.