Dr. Drew To Leave Loveline After Three Decades On The Air 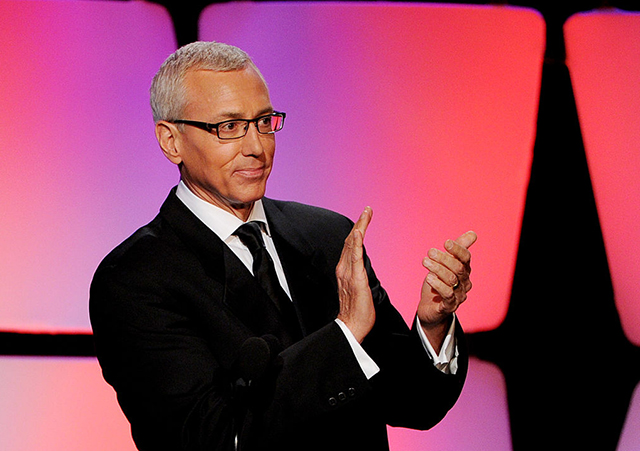 When Dr. Drew Pinsky first started doling out sex advice to L.A. radio callers in 1984, Reagan was in his first term, the Night Stalker was still at large, and Whitney Houston's debut album had yet to be released. Now, after three decades as regular host of the wildly popular nationally-syndicated radio show, the straight-talking physician and addiction specialist will be leaving the airwaves. Pinsky's final episode will air next Thursday, with former co-host and comedian Adam Carolla making an appearance as a special co-host for the night. It's not totally clear if some version of the show will continue without him, but it doesn't seem like it. How could it?

The big announcement was made during Pinsky's weekly appearance on KROQ's morning Kevin and Bean program.

"After nearly 30 plus years, we're finally going to call it a day," Pinsky told the show's listeners. "It's been a great privilege to have been part of this. I'll keep doing Kevin & Bean—I'll stay with you guys. But after many, many years we thought it was about time to drop the mic and tap out."

The Wrap reports that Mike Catherwood, Pinsky's latest co-host, had announced his own departure a few weeks prior. "I really looked at it carefully when Mike left and I thought, 'Ya know, this is getting silly. I love it and I love being a part of it, but at a certain point—let's just say I'm not getting any younger and not sleeping every night is beginning to get to me." Pinsky said.

Loveline "began humbly one night as two DJs obsessing over their own relationships on air," according to SPIN. Those two DJs soon asked a friend to join for a segment called "Ask A Surgeon."

Enter Drew Pinsky, who at the time was not actually a doctor, but merely a fourth-year medical student at USC. The segments soon merged into Loveline as we know it today, and by February 1992 the show had gone from airing solely on Sunday nights to five nights a week. It would go national in 1995 when Carolla joined the team. The show grew immensely during the Pinsky/Carolla years, and they parlayed their success into speaking tours, an MTV show, a book, and cameo appearances on television shows and in movies, according to Loveline Tapes.

But despite a long list of co-hosts, Pinsky has always anchored the show. As SPIN wrote in 1994: