Metro Wants To Crack Down On Seat Hogs 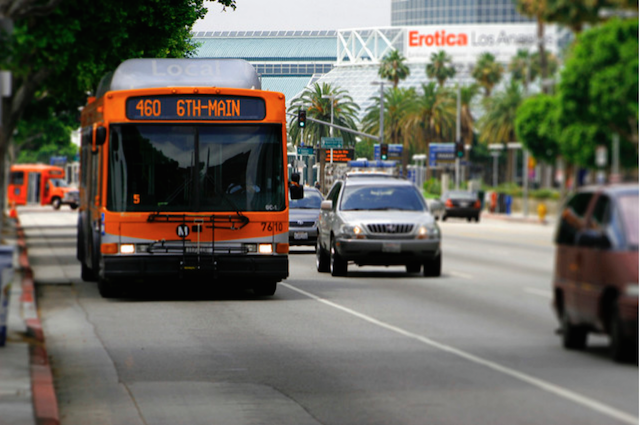 At long last, Metro tackles one of the true issues of our time: seat hogging.

KPCC reports that the Los Angeles County Metropolitan Transportation Authority has established a task force to explore ways of cracking down on the jerks who take up an extra seat with their bag on a crowd bus/train. Potential deterrents may include fines for seat hogs, which have already been instituted in a handful of other cities.

KQED reports that the board of directors for San Francisco's Bay Area Rapid Transit (BART) approved fines for seat hogs in a vote last week. Offenders will get an initial warning before facing a $100 fine, $200 on the next offense and up to $500 for each ticket after that, according to KQED. The station also reports that the San Francisco ordinance will only be enforced during peak morning and evening travel times, and that "people with medical or physical conditions that require them to occupy more than one seat will be exempt from the law." New York City also has a fine system in place to protect against MTA seat hoggers.

Metro would like to introduce a similar system in L.A. within the year, "but first has to come up with a strategy that weighs all the factors, such as riders with medical conditions or weight issues," according to KPCC.

"Folks after a long day at work, if they have a long ride in particular, would like a seat, so we should free up as many as those seats as possible. It's a great idea and it's something that we are researching as well," Alex Wiggins, executive officer for Security and Law Enforcement at Metro told KPCC.

"We are researching [enforcement] options now. Once we have a formal plan, we can get into the details of how we would actually enforce it," he said.

"Manspreading," or the practice of dudes taking up multiple seats by sitting with their legs really, really far apart, was not included in KPCC's report. It is not yet clear what Metro's position on the practice is, or if they have one at all. We at LAist will of course keep readers informed as this important story continues to develop.