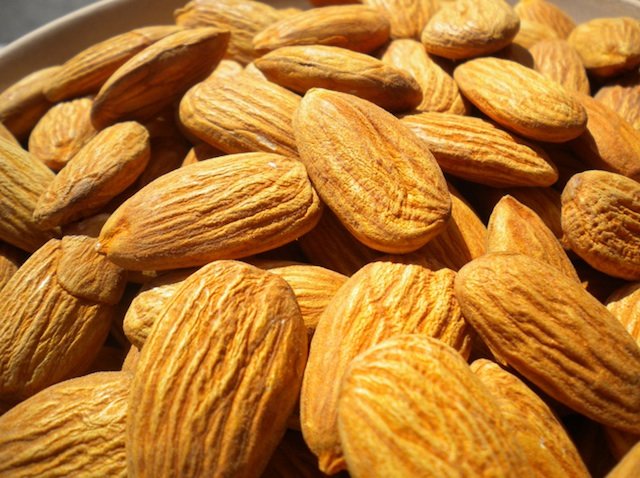 Authorities are going nuts trying to stop sophisticated crime rings that are stealing millions of dollars worth of almonds, walnuts and other high value nuts from the Central Valley.

Last year alone, organized networks of thieves reportedly stole at least $9 million worth of nuts grown in California, an all time high, according to the L.A. Times. The collective losses from the 31 reported cases of theft is more than was stolen in the previous three years combined. In many cases, truckloads of nuts are disappearing from warehouses with the use of falsified shipping documents and other shady shipping schemes for this high-tech shell game.

On Thursday, nut farmers, processors and shippers met with law enforcement officials at a convention center in Modesto to discuss ways to stop organized thieves, which was the second emergency meeting in five months and followed three additional nut heists. California produces more almonds, walnuts and pistachios than any other state, accounting for billions of dollars worth of revenue each year, according to the O.C. Register. And in recent years global demand for the healthy snacks has dramatically increased their value, as well as their attractiveness to nutty criminal organizations.

In many of the nut thefts, the organizations will hack into the databases of trucking companies to steal their identity, and send drivers with false shipping papers to pick up loads of almonds, walnuts or pistachios valued at $150,000, or upwards of $500,000 in some cases. By the time the shipment fails to show up where it was supposed to go, authorities say it is likely already on its way to another state, Europe or Asia, where the nuts will be sold on the black market. In one recent incident a truck that was carrying $450,000 worth of nuts was found empty in the Los Angeles-Long Beach port area. “We basically handed the load over to the driver,” Kirk Squire, grower relations manager for the Tulare company, told the Times. “It wasn't a robbery. It was a legitimate pickup by a fictitious trucking company. It's fraud. There was no violence; there was nothing.”

In other incidents, nut thieves have used untraceable “ghost trucks” that duplicate legitimate ones, or other times a legitimate driver is hired by a fake company to do make the shipments. While sometimes scout trucks will be sent to shipping facilities just to test out the security measures.

When stolen nuts are thought to have gone over state lines and overseas, the FBI's Sacramento office will typically investigate. While in other cases, local law enforcement will attempt to track down the thieves and stolen cargo. A bill was also recently introduced by Assemblywoman Kristin Olsen (R-Riverbank) to fund a statewide taskforce targeting all types of cargo thefts, according to the Times. “In the L.A. County area, there are massive operations with large warehouses of stolen nuts,” Olsen told the Times. "The products are bound for other states and other nations."

In recent years, food and beverage thefts have topped electronics as the top category for cargo crimes, according to the Times. And as Scott Cornell from Travelers, one of the top insurers of freight nationwide, points out, nuts are a particularly difficult case to crack.