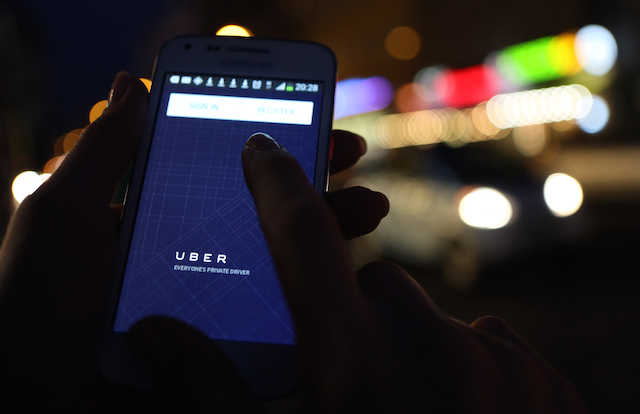 A San Diego County Uber driver was arrested and charged with the rape of an intoxicated person on Tuesday, according to the San Diego Union-Tribune.

El Cajon Police arrested 52-year-old John Sanchez after investigating a report they received back in February, alleging that Sanchez raped a female passenger on February 26. Following the report, police issued a search warrant on his car and home.

Uber suspended Sanchez from driving after the assault was first reported, telling Fox5 San Diego how "Uber takes safety incidents like this very seriously, and our thoughts are with the victim and her family. Uber immediately removed this driver-partner from the platform following our initial contact with the El Cajon Police Department. We have been working closely with law enforcement to assist their investigation."

A spokesperson for Uber also said Sanchez had passed the company's background check. Aside from being an Uber driver, Fox5 reported that Sanchez also worked as a part time DJ.

Right now, police are working to determine whether or not this is an isolated incident, or if there are more potential victims. Sanchez is being held on $100,000 bail and, if convicted, could face up to eight years in prison.

Earlier this month, leaked internal records from Uber's customer support database revealed thousands of reported instances of sexual assault. Leaked screenshots revealed a total of 6,160 customer service complaints with the terms "sexual assault," and 5,827 complaint with the term "rape" between December 2012 and August 2015.

Uber initially disputed the leak, saying that the numbers were misleading since customers "routinely misspell the word 'rate'" as "rape," and that the search results would include the word "rape" used out of context. Uber cited "you raped my wallet" as an example.

Of course, Uber later reneged its initial dispute, saying that the language the company had used to explain why the word "rape" could show up so many times was "imperfect and fictitious."