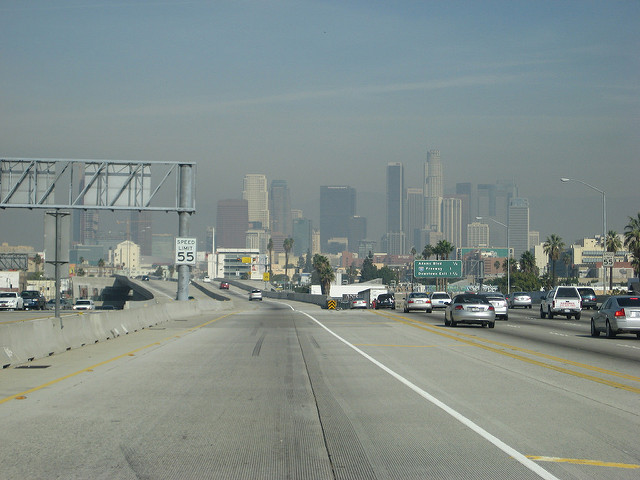 There are 169 early childhood education centers in Los Angeles that are dangerously close to busy freeways, potentially exposing thousands of small children to pollution, a KPCC investigation has found.

Because many early childhood education centers in L.A. are located at Head Starts, nonprofits and individual homes instead of schools, they do not fall within the purview of the law and continue to operate within that 500-foot buffer zone, a distance deemed far enough to partially protect young children from vehicle exhaust.

Several studies have found that young children's exposure to particulate matter from vehicles can lead to brain tissue abnormalities, asthma and autism. Furthermore, a study cited in the 2003 law itself asserts children of color and those from low-income homes were three times more likely than white children to be exposed to dangerous vehicle emissions.

Ironically, some of those who have opposed requiring smaller agencies to abide by the 500-foot rule have been the early education advocates themselves. Moving would be the most obvious solution for the child care centers, but according to KPCC, the cost of doing so is hindrance for many of agencies who say they would instead have to close some centers or stop opening others in an already crowded preschool system. Were they able to move, the high cost of property in Los Angeles adds another barrier to relocation. Cost is also the issue with expensive air filtration systems, another possible solution.

Some groups advocating on behalf heavily trafficked communities, such as those along the 710 Fwy. corridor, have proposed diesel truck bans and the move to zero-emission vehicles to local and state government.

As State Assembly Speaker Anthony Rendon told KPCC, however, "In terms of getting the votes, Sacramento is a very complicated place… but I think having the conversations starts that dialogue and then you start to figure out what is possible."