Life-Size Animatronic Dinosaurs Are Coming To The L.A. Zoo 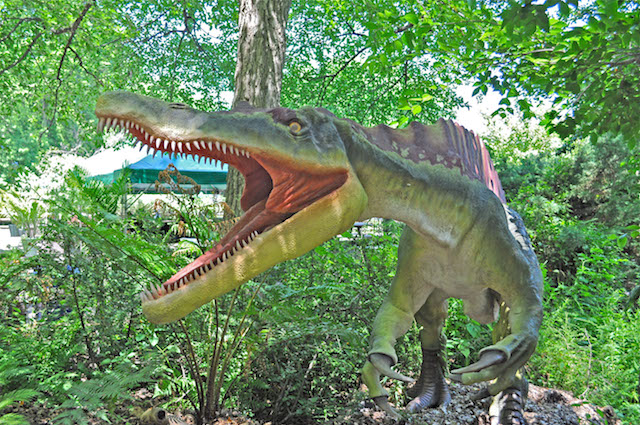 Suchomimus at the zoo (Photo courtesy of Billings Productions)

A new exhibit opening at the L.A. Zoo next month will feature life-like dinosaur robots, a fossil dig, a 3-D augmented reality experience and more.

Beginning on April 15, Dinosaurs: Unextinct At The L.A. Zoo will give visitors the chance to explore 17 life-size animatronic prehistoric creatures up-close. For a limited time, the new interactive exhibit will offer a look at the long-extinct dinos—designed to look and move as experts believe they would have—while also learning about the threat of extinction faced by today by many endangered species.

The exhibit's self-guided walking tour will allow visitors to wander past the zoo's ferns, cycads, conifers and ginkos—foliage similar to that grew when the dinosaurs roamed—where they will encounter the animatronic creatures, some of which are up to 22 feet high, nearly 21 feet long and 6,700 pounds each. The dinosaurs represent species from eras that range from 65 to 200 million years ago. Among the dinos you'll encounter are a Brachiosaurus with an 18-foot-long neck from the Jurassic period; a Carnotaurus, a bipedal carnivore covered in small scales and bony lumps from the late Cretaceous period, and a "devil-horned" Diabloceratops, also from the late Cretaceous, with its baby and nest. And, of course, no dinosaur exhibit would be complete without a T-Rex. 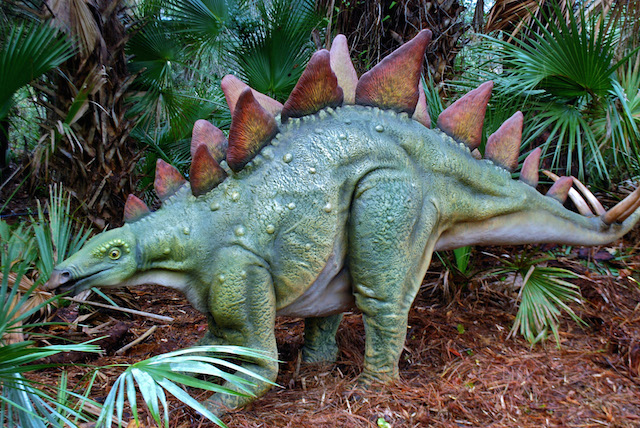 Stegosaurus out for a stroll (Photo courtesy of Billings Productions)

Among the interactive components of the exhibit there will be a Stegosaurus with controls, which visitors can operate to make the creature move. There will also be a fossil dig where kids young and old can uncover fiberglass "bones" modeled after actual fossils. You can also download a free augmented reality app, which allows you to animate the dinosaurs on your phone's screen when you point the camera at the animatronic models. The app also includes a quiz to test your dino knowledge with a small prize to be won.

The moving creatures are on loan to the zoo from Billings Productions, one of the few companies in the world that creates realistic, animatronic dinosaurs based on the latest science. 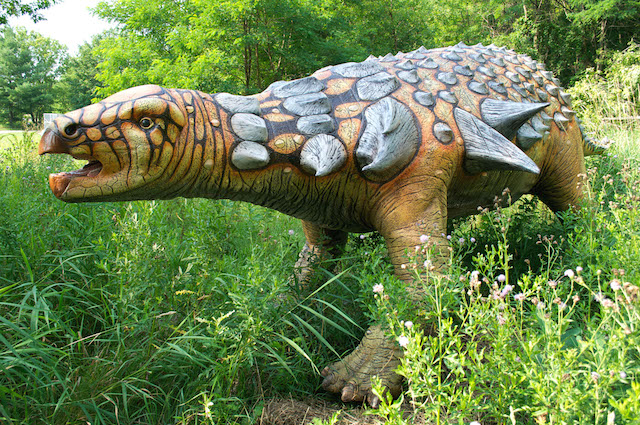 Admission to Dinosaurs: Unextinct at the L.A. Zoo is $5 per person in addition to regular Zoo admission, and free for children under two. General admission to the zoo is $20 for ages 13 to 61; $17 for seniors (ages 62+), and $15 for children, ages 2 to 12. More info and tickets can be found here. The exhibit will run until October 31.