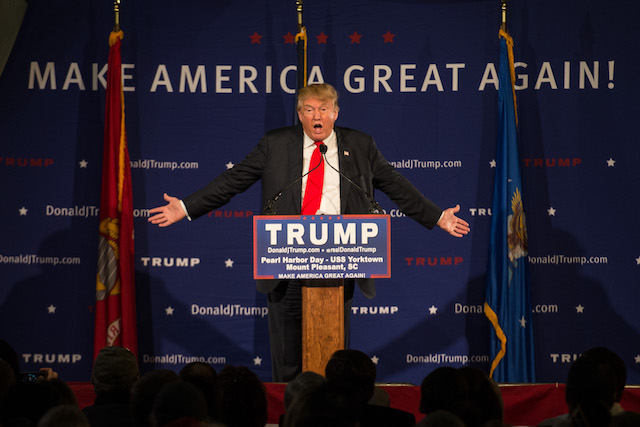 An Egyptian student who was arrested last month after posting a threatening message about Donald Trump on his Facebook page has agreed to leave the country.

During an appearance in federal court in Downtown Los Angeles on Friday morning, 23-year-old Emadeldin Elsayed said he would voluntarily leave the U.S. to avoid a formal deportation hearing, according to City News Service.

According to the L.A. Times, Elsayed will have 120 days to leave the country.

"He made a mistake he regrets," Bushra said, reports the Times. "He will regret it for a long, long time." The attorney added that Elsayed will return home to Cairo.

The February 3 post was in reaction to Trump's proposed policy on Muslims entering the country. According to his attorney Hani Bushra, he said in it "He wouldn't mind serving a life sentence for killing this guy and the whole world would thank him for it."

The day after the post, Secret Service Agents interviewed him and searched his home and computer devices, CNS says. On February 12, he was arrested by immigration officials at an El Monte flight school he was going to for "allegedly violating the terms of his admission to the United States." His visa was revoked as well.

"It's just a stupid post. You can find thousands of these every hour on Facebook and the media," he previously told the AP from jail. "I don't know why would they think I am a threat to the national security of the United States just because of a stupid post."

Bushra says that people have made worse statements on social media platforms than his client and haven't paid such high consequences, according to CNS. He believes his client's ethnicity and religion are playing a role.

"He's just a student who said something foolish, and it's being taken way out of proportion,'' Bushra said, according to CNS. "To look at the other side, it's not unreasonable for the authorities to be concerned about a post like this, but once it's been investigated and there's no reason to be worried about it or grounds for criminal charges then I don't think it's fair to pressure a school owner to terminate him and use that as an excuse to get [him deported]."