6 Great Places To Hike While Runyon Canyon Is Closed

L.A.'s international hiking symbol to the world (thanks, celebs!) is closing for a few months beginning April 1. Temporary as it is, Runyon Canyon is an insanely popular trail, which means legions of Angelenos looking to get a good thigh-burner must look elsewhere for those fourth months. While inconvenient for some, it's a great opportunity to break the routine and enjoy all that L.A. has to offer. After all, Runyon is just a small part of the Santa Monica Mountains, which alone has over 500 miles trails. Below are a number of good nearby alternatives to help begin branching out. 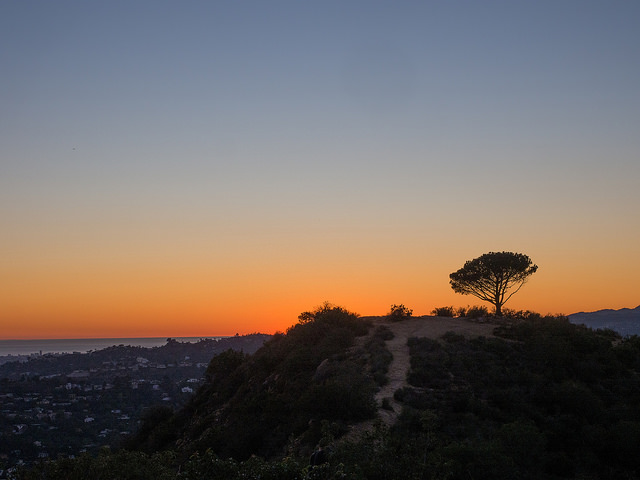 The Wisdom Tree at sunset. (Photo by Eugene Kim via Flickr)

When a fire ripped through Griffith Park in 2007, a solo tree aside the park's highest point— Cahuenga Peak—stood strong. Back then, the spot sat on private land slated for development that would critically change the view of the Hollywood Sign, but a public campaign to save it from being developed was successful. With that, a new hiking destination quickly became a new favorite. There are two approaches to the Wisdom Tree and Cahuenga Peak. The quickest and steepest way up is via the trailhead off Wonder View Drive (please be courteous to neighbors in the area). You can make a three-mile roundtrip out of this by adding in a jaunt over to the Hollywood Sign. You can alternatively arrive by hiking the opposite way for a longer, but excellent 6.5-mile hike. If you're feeling something a bit more calm, take a flat 3 miles around Lake Hollywood. 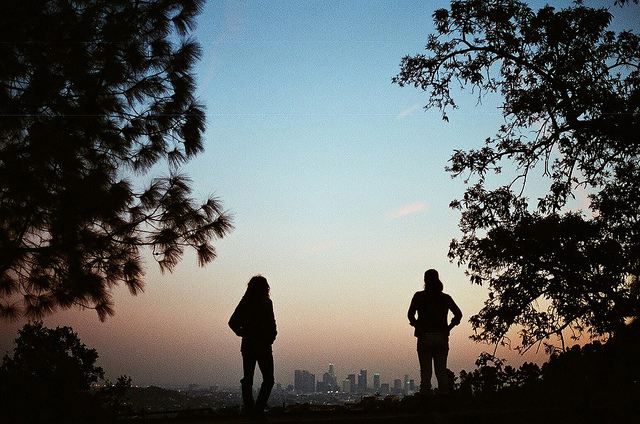 Fern Dell is a shady gully right off Los Feliz Boulevard that is one of the more popular entrances into Griffith Park. It's the starting point for a network of braided trails leading up into the park's higher elevations. Two of them head over to Griffith Observatory, making for a hike of about two miles. Once at the Observatory, take in the views of the city (it's an awesome sunset spot) and either explore further into the park or head back down. Parking at the Observatory can be a bit out of control, especially when there's a star party going on, so this hike is always the best alternative if you're willing to take the trek. Back down in Fern Dell, enjoy some coffee and a snack at Trails Cafe. 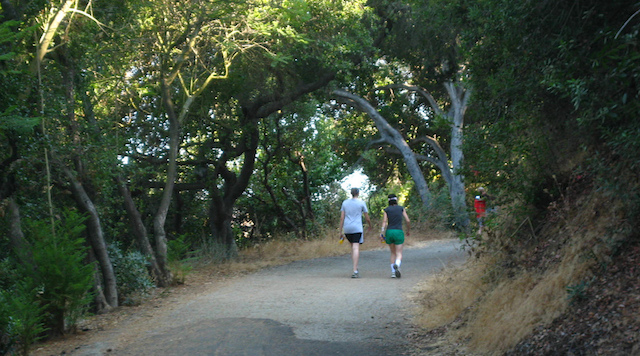 Two interconnected parks: one, the Runyon Canyon of the Valley; the other, quiet and off the beaten path. Found off Fryman Canyon Road at Laurel Canyon, Wilacre is the busier of the two with a good three-mile loop that is popular with locals. It offers great valley views, some nice incline, and a rest stop at TreePeople, complete with a water fountain (even one for dogs!). Fryman Canyon Park and its "rainforest" are more obscure. You can connect to it via the Wilacre loop off Iredell Lane (no parking here unless you have a permit) or start at the top on Mulholland Drive (here's a map). This trail offers more shade (hence the so-called "rainforest" spot; you'll know it when you arrive) and more steep climbs. Keep an eye out for two abandoned cars that drove off Mulholland Drive some time ago. There's a reason why the bend in the road above is affectionately called "Dead Man's Curve."

This isn't one hike—rather, it's a choose-your-own-urban-adventure. A product of the Los Angeles era when streetcars ruled and hillside staircases served pedestrians, the seemingly unending list of not-so-hidden-anymore-staircases in the rolling slopes between downtown and the Griffith Park area make for excellent opportunity to do some urban hiking while getting up close and personal with a handful of L.A.'s amazing neighborhoods. LAist has covered some in the past, including Hollywood Heights near Runyon and Hollywoodland in Beachwood Canyon. Even the Hollywood Bowl is available for stair walking when not putting on concerts, between 8 a.m. and 6 p.m. More routes can be found in Charles Fleming's Secret Stairs and Erin Mahoney Harris's Walking L.A. (disclosure: I'm currently editing the third edition of this book with Harris). For guides in person, there are a couple Facebook groups where events are listed: Bob Inman's Guide to the Stairways of Los Angeles and Dan Koeppel's The Big Parade. 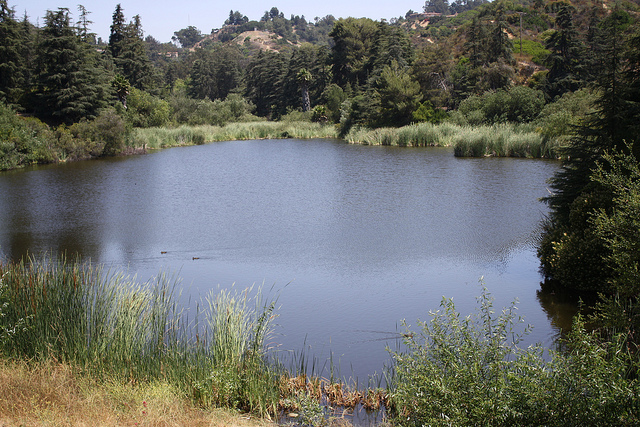 Steeped in mountains between the enclaves of Beverly Hills, Bel Air, and other hillside neighborhoods is a pleasant oasis. Franklin Canyon is home to an easy reservoir loop, great for birding, but also a good hill climb up the Hastain Trail, which offers views of the westside. Be patient driving here and seriously stop at the stop signs: some are equipped with cameras, ready to deliver a ticket in the mail. 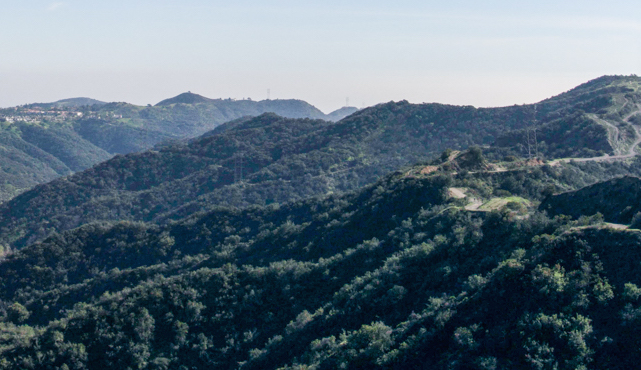 The farthest from Runyon on this list, but it shares one rare trait: dogs are allowed off-leash (read the rules on this map). Westridge Canyonback sits above Brentwood among a cluster of named open space areas and can be accessed from either Brentwood at the top of Westridge Road via Mandeville Canyon Park or Mulholland Drive off the 405 via San Vicente Mountain Park. Once on foot, you'll find yourself on a network of ridge-top trails and fire roads that hopscotch from canyon to canyon over to Topanga State Park and beyond. There are plenty of options—Hikespeak.com lists five ideas, from three to over seven miles long. At San Vicente Mountain Park is one of the more interesting aspects of the area: a former Nike missile site from the Cold War.