Get Your Gas Now, It Could Jump 30 Cents A Gallon Next Week 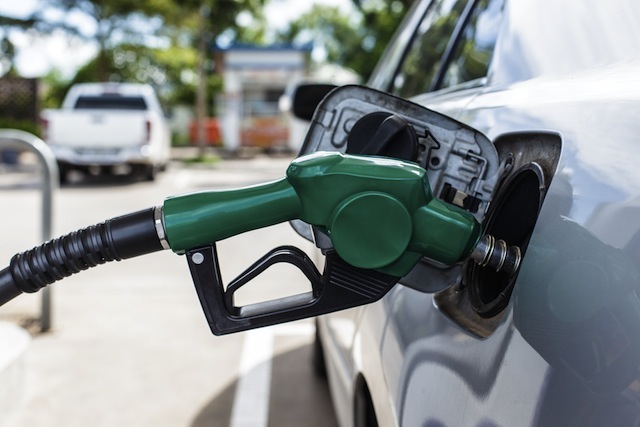 There goes your latte money. (Photo by issarapong srirungpanich via Shutterstock)

Angelenos might want to fill up their tanks today because experts say you could get some sticker shock at the pump soon, with prices expected to go up by as much as 30 cents next week.

On Friday morning, the average price of regular unleaded in Los Angeles was $2.44 per gallon, according to GasBuddy.com. That's up 8.4 cents since Thursday.

Some may say, hey that's not bad. That's actually the same as last week and 78 cents cheaper than it was last year at this time, GasBuddy.com shows.

But prepare your pocketbooks for more, says Allison Mac, petroleum analyst for GasBuddy.com.

"From here on out gas prices will start to increase until probably May/June timeframe until it starts to head back down," Mac told LAist.

In general, California's gas prices are volatile because of our limited number of refineries but this time around it's really the cost of switching the type of gas that's hitting consumers, she said.

Prices are going up because stations are switching to the more expensive summer blend gasoline, which is mandated by state because it's better for the environment during warm weather, she said.

"Winter blend gas is behind us and we're now using summer blend gas and that will continue to go up," Mac said.