El Niño Is Washing Away Our Beaches 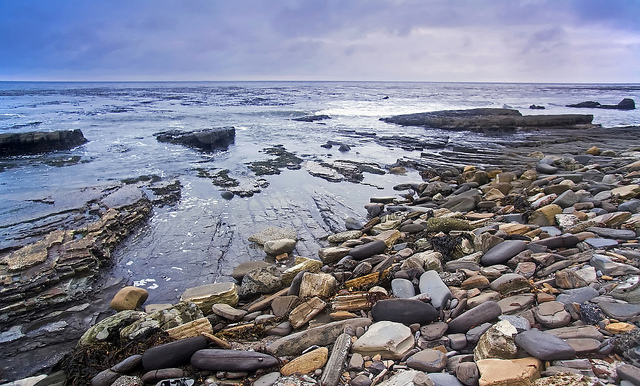 While we haven't yet felt the full brunt of the rainfall promised for this year's Godzilla El Niño, our local beaches have already fallen victim to its force. Beaches across the county have seen as much as 25 to 50 percent erosion since the summer, much more than usual for this time of year, according to the Daily Breeze. Some of the hardest hit include San Pedro's Cabrillo Beach and Malibu's Zuma Beach, where El Niño waves have turned sandy beaches into rocky shorelines.

"We've seen rocks before during the winter time, but not like this," says Larry Fukuhara of the Cabrillo Marine Aquarium, who has worked in the area for 30 years. "This is just... wow. It's just a rocky beach now. That's all it is."

While sand eroded during winter months usually returns by the following summer, this year, strong El Niño surf, including waves of 12 feet or more in some areas, have washed away much more.

In addition to rockier shores, there's growing concern that more storms could cause significant flooding and damage to nearby properties. Of particular concern in San Pedro is the historic Cabrillo Beach Bathhouse, a landmark built in 1932 and restored and reopened in 2002. In 1983, the bathhouse was damaged by flooding from high surf and rains, and local authorities worry it could happen again.

Supporters of the historic bathhouse have proposed that a sand berm be built to protect the structure while a plan is created to help restore the eroded beach. Los Angeles City Councilman Joe Buscaino agrees and his office is looking into ways to do so, according to the Breeze.

Mike Schaadt, director of the Cabrillo Marine Aquarium, also thinks the increased erosion could require a sand replenishment project. In 1991, a similar effort occurred when 365,000 tons of sand were trucked in from a construction project in El Segundo to help restore Cabrillo.

Los Angeles County lifeguard Capt. Ken Haskett also says officials will continue to monitor how much sand returns to the beach this spring.