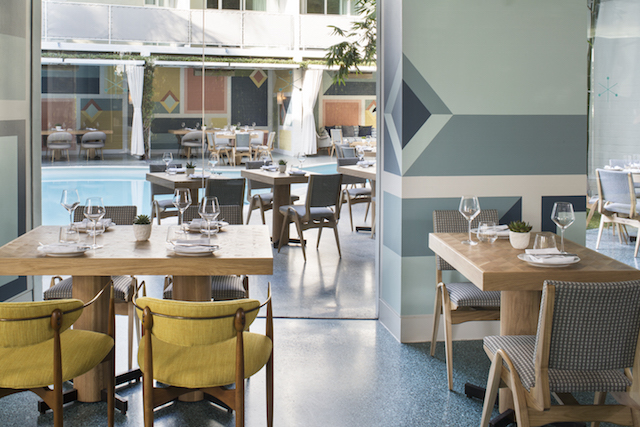 Inside Viviane with a view of the outdoor dining area by the Avalon hotel pool. (Photo courtesy of Viviane)

Over at Viviane, the throwback cocktails and elevated Continental-Californian cuisine are a perfect fit for the sexy Mid-Century Modern vibes that exude from this poolside restaurant.

The recently opened eatery is nestled inside the Beverly Hills Avalon hotel and also spills out by the hotel's hourglass-shaped pool, taking over the shuttered Oliverio restaurant space. The restaurant got a makeover from designer Kelly Wearstler, but that's not the only big name attached to the place. Chef Michael Hung, who brought Asian-fusion fare to lauded Faith & Flower, helms the menu at Viviane. He's also joined by restaurateurs Stephane Bombet and François Renaud, whose Bombet Hospitality Group has brought about some gems like Faith & Flower, Terrine and Hanjip. 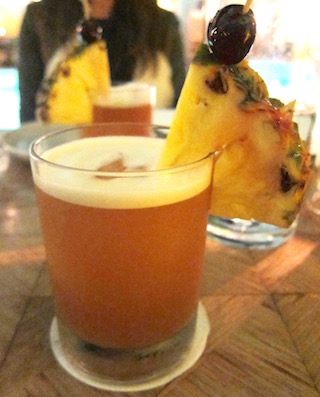 Pineapple Punch at Viviane (Photo by Jean Trinh/LAist)
While Hung brought Asian-fusion to Faith & Flower, he goes back to his French-cooking background at Viviane. He may have been known for dishes at Faith & Flower like deviled eggs with kimchi or Filipino longanisa sausages, but at Avalon, think more along the lines of foie gras mousse, duck leg confit and grilled ribeye steak with a creamy potato puree.

LAist was invited to check out dinner at Viviane. We're seated poolside, near cabanas and surrounded by bamboo trees, plaid-covered banquettes, Mid-Century Modern chairs, wooden tables etched with geometric designs and lots of candlelight by the turquoise and earthy tones of the restaurant. Ryan Wainwright, who's the barman behind Bombet Hospitality Group's restaurants and bars, designed throwback cocktails for Viviane like Old Fashioneds, Rob Roys and Cosmopolitans. (Renaud, who's the wine director, has curated an extensive wine list, many of which are French-heavy.) We go for the Pineapple Punch, which is a refreshing cocktail made with Hamilton Guyana Rum, bitters, pineapple and orgeat. This one goes down easy with a bit of a kick. 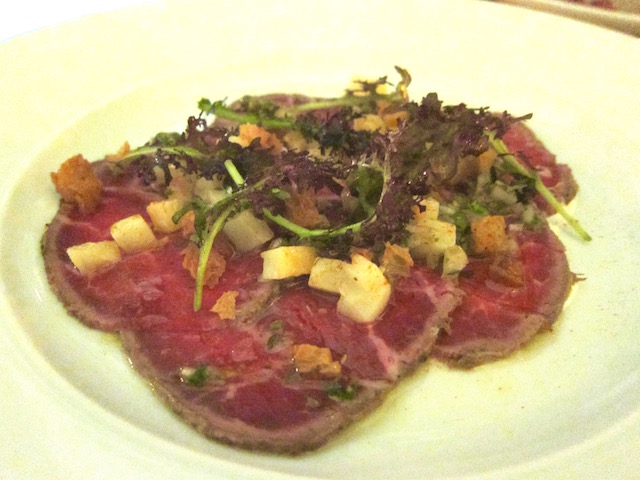 One of our favorite appetizers is the filet mignon carpaccio, which comes out beautifully plated with the thin slices of meat fanned out like a flower, and topped with celery root á la grecque, pickled mustard seed and croutons. The fun and varied crunchy textures play a big part in this appetizer. For lighter fare, the yellowfin tuna tartare is a playful dish on textures and tastes as well with dollops of pine nut crema that give it a great nutty flavor and a fresh, tart bite with the pickled onions. The crispy crostini is a great accompaniment to this dish, and you might find yourself asking for more. 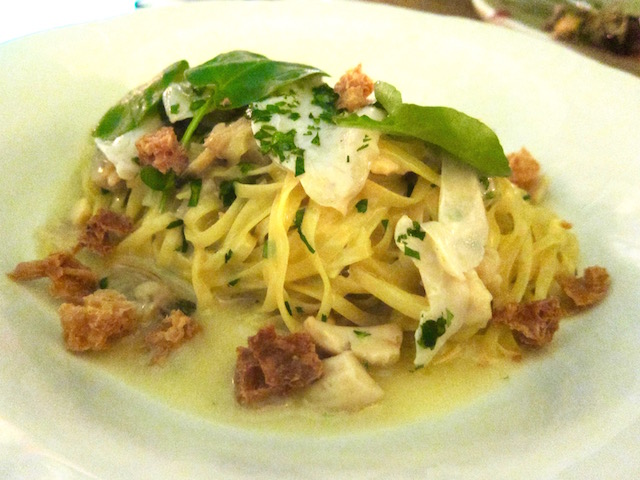 Viviane's handmade linguine with geoduck and Manila clams in a chardonnay sauce is a surprisingly light and delicate dish. The flavors aren't bold, but are more subtle in its execution. It has a lovely briny flavor throughout and, once again, has a fun play on textures, with the long, chewy ribbons of noodles paired with the crunchiness of the pan-fried breadcrumbs. 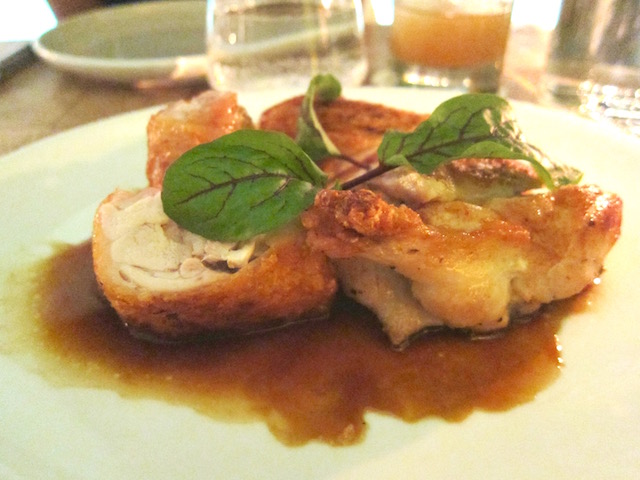 Roasted chicken and dumplings at Viviane (Photo by Jean Trinh/LAist)

For simpler fare, the roasted Mary's half-chicken and dumplings is classically made and done well. Its comfort food at its best with crispy-skinned roasted chicken with plenty of jus to dip it in. A separate bowl of dumplings on the side are chock full of herbs, jus, carrots and cipollini onions. 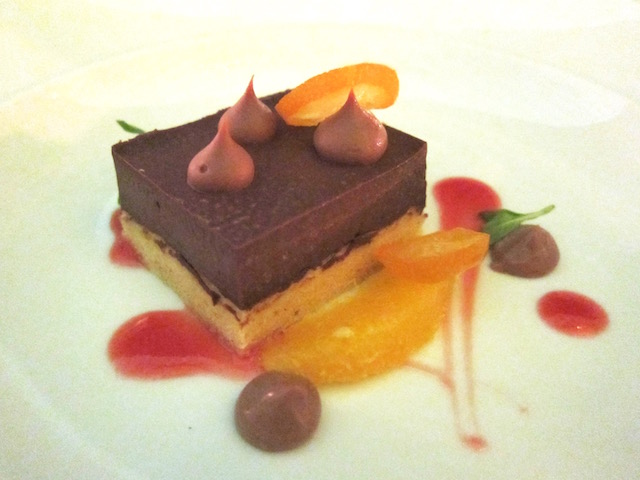 And if you've made room for dessert, try Hung's French-inspired dark chocolate pavé, which melds together rich and smooth milk chocolate mousse with citrus-laden flavors of kumquats and a blood orange sauce. It's just as sexy as this restaurant.