Weekend Planner: 20 Things To Do In Los Angeles 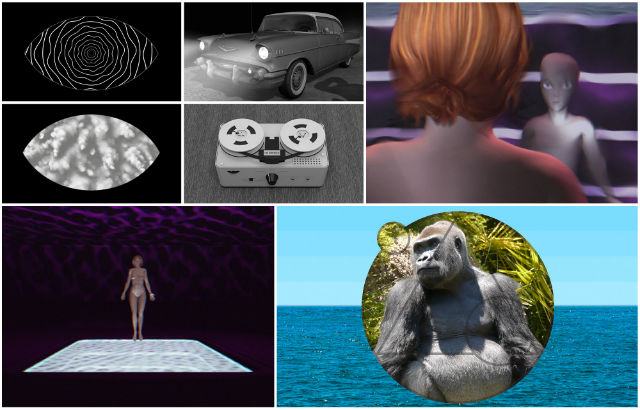 Here are 20 cool events happening in L.A. this weekend that have nothing to do with the Super Bowl. Check out our February Guide for other suggestions, too.

THE EYES ARE ALWAYS THERE (Art installation)
On Friday night, the Machine Project artist collective opens The Eyes are Always There—an “immersive multimedia installation exploring alien abduction, hypnotic regression and modes of visual perception.” Video artist Joe Merrell and artist-animator Johnny Woods transform the Echo Park storefront gallery into an environment that draws inspiration from UFOs and other related mysterious phenomena. The show is free, open to the public and will run through mid-March, Thursday-Saturday evenings from 7-10 pm.

PIXEL HEARTS (Group Art Show)
On Friday from 7-9 pm, Gallery 1988 (West) holds an opening reception for the Pixel Hearts Group Art Show, featuring more than 100 artists. Their works pay tribute to videos games and add subtle nods to Valentine’s Day. The works all have the exact starting point for their art: a pixel heart wood canvas. The show is curated by artist Chogrin, who organized the recent Guillermo Del Toro tribute at G1988. If you can’t make the opening, the works will remain on view through Feb. 20. 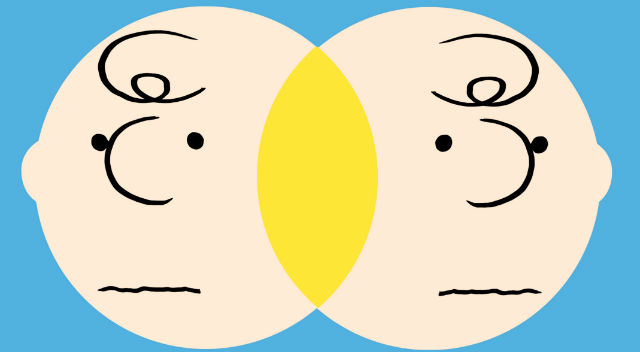 'The Peanut Gallery: A Charlie Brown Themed Art Show' opens this weekend at the Nerdist Showroom inside Meltdown Comics. (Image: Courtesy of curators)

FIRST FRIDAYS (Science + music)
NHM launches its 2016 First Fridays series this Friday. This season’s theme is "Big Screen, Bigger Science," with programs exploring the intersection of science and fiction. “Scientists and filmmakers will discuss the good, the bad and the ridiculous in film — and how Hollywood continues to inspire the next frontier of science exploration.” Each event will feature panel discussions led by Los Angeles Times journalist, author and Emmy-winning public television and radio host, Patt Morrison.This season’s resident KCRW DJ is Aaron Byrd. During Friday’s session, speakers will discuss the entomology and the body mechanics of hybrid superheroes (Spider Man et al). Music by The Hood Internet, Boulevards and Mark Redito fka Spazzkid. Tickets: $18 (February through May), $20 (June).

SLEEPLESS: THE MUSIC CENTER AFTER HOURS (Party)
The Music Center and dublab holds part three of the Sleepless: The Music Center After Hours series from 11:30 pm on Friday, Feb. 5, and running until 3 am on Saturday. It's free night of “immersive and multisensory programming” at the Dorothy Chandler Pavilion and includes a video installation designed by Garson Yu of the design studio yU+co. (which also did the projections at Grand Park on New Year’s Eve). Music from the artists of Mas Exitos, ESP Institute and Leaving Records (distributed by Stones Throw Records). Other touch sound installations from Chris Watson, Jana Winderen, Bethan Parkes, Hildur Gudnadottir, The Eternal Chord, Philip Jeck, Simon Scott, and BNilsen & drøne; and Alexandra Pelly with Jon-Kyle Mohr. More activities and surprises inside and outside of the Pavilion. While online reservations are booked, walk-ups are encouraged and will be allowed in on space availability. Parking is $5 after 8 pm. 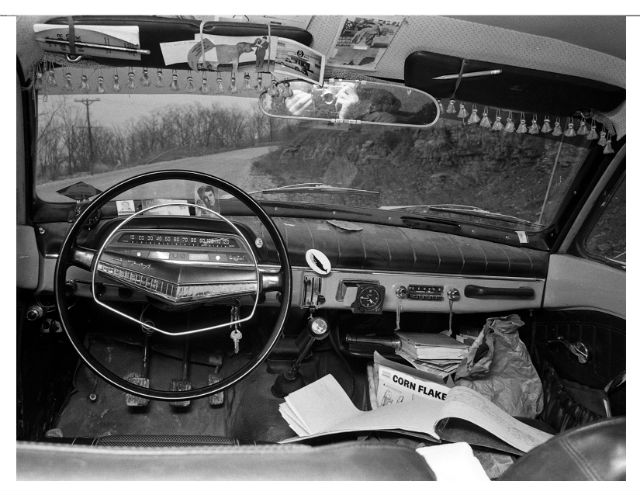 HAMBURGER EYES (Art)
Hamburger Eyes, the photo magazine, celebrates its 15-year anniversary on Friday night from 7-10 pm with a public reception at Slow Culture Gallery (in Chinatown). The event also celebrates the opening reception for the group show Cybernetics. More than 500 photos from 50+ photographer will remain on view through Feb. 28.

NEW BROADWAY FORUM (Talk)
Last week’s Night on Broadway attracted 65,000 people to enjoy live entertainment in and outside of seven historic theaters—but there's a forum being held on Saturday that invites the public to discuss how they’d bring the Broadway Arts & Entertainment District to life the other 364 days and nights a year. The New Broadway Forum is being held from 2-3:30 pm at The Globe (740 S. Broadway). Free.

CONTINENTAL CLUB (PARTY)
The Continental Club in DTLA celebrates its two-year anniversary with a party on Saturday night, beginning at 10 pm. Influenced in design by classic London members clubs with “accents of the U.K. Street culture from the 70's and 80's.” The Continental has no cover all night long and features music by resident DJ Maple Syrup.

STRIPPED STORIES (Storytelling)
There’s an evening of Stripped Stories on Saturday at 7 pm at UCB Sunset. It’s an evening of sex misadventures and relationship stories hosted by Margot Leitman and Giulia Rozzi with a musical act and a game of “never-have-I-ever.” Guests this week include: Brent Sullivan, Lauren Brown and music from Morgan Jay. Tickets: $5.

CAN I KICK IT? (Comedy + Hip Hop)
Can I Kick It? returns to NerdMelt on Saturday at 9 pm. The evening is a mashup of Mystery Science Theater meets Biz Markie. Hosted by comedian Al Jackson, he’s joined by Joe DeRosa, Tone Bell and special guests to review and do live commentary on some choice videos from from the ‘70s to ‘90s. DJ Josh Spoon spins before the show. Tickets: $8 in advance, $10 at the door.

ALL THAT JAZZ... (Music, poetry, art)
Forest Lawn Memorial Parks honors Black History Month with the U.S. debut of WordTheatre’s original production And All That Jazz… which teaches the history of jazz through music, song, stories, poetry and memoir. The one-night-only performance takes place on Saturday from 7-9 pm at the Hall of Liberty at Forest Lawn Memorial Park, Hollywood Hills. Complementing the production is a new and dynamic photography exhibition on view in February, Saluting L.A. Jazz: Performance Portraits by Bob Barry. Parking and admission are free.

MARDI GRAS (Food)
Chef Brandon Boudet of Little Dom’s in Los Feliz is a New Orleans native, and he celebrates the Mardi Gras tradition at the restaurant from Saturday through (Fat) Tuesday on Feb. 9. Little Dom’s offers jambalaya, po’boys, beignets, King Cakes and other Creole favorites.

DOG CAFE (Party + fundraiser)
The Dog Cafe in Silver Lake has been holding a soft opening of its dog lounge area while they put the finishing touches on the adjacent coffee shop. On Saturday, The Dog Cafe holds its first special event, a birthday party for the store’s mascot Sharkie and a fundraiser for the surgery of one of their rescues. Admission to the party is granted in exchange for a $20 per person (+ processing fee) contribution, paid in advance to secure a reservation. To make sure everyone gets enough time with the cafe’s dogs, they have three shifts: 12:30-2 pm, 2-3:30 pm and 3:30-5 pm.

SKIN (Group art show)
Los Angeles Municipal Art Gallery (LAMAG) presents SKIN, an art exhibition that examines the work of 36 contemporary artists “who are expanding the ongoing dialogue about race and identity, while challenging the very definition of skin color.” The thought-provoking show is designed to break down negative stereotypes while building a better understanding of race in America. See the works of artists including Kara Walker, Nery Gabriel Lemus and Ken Gonzalez Day. There’s an opening reception on Sunday from 2-5 pm. The works will remain on view through April 17.