Lady Gaga Will Perform David Bowie Tribute At The Grammys 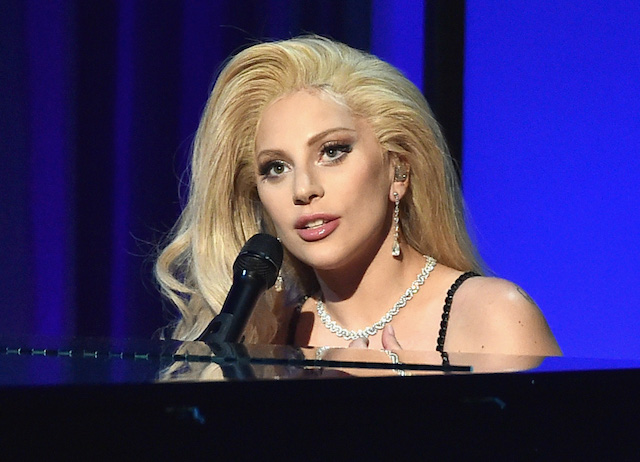 Lady Gaga is going to perform a medley of David Bowie tunes at the Grammys on February 15 in honor of the late musician.

Musician and actress Lady Gaga was already slated to perform at the Grammys on February 15, but with the news of rock icon David Bowie's death on January 10, Gaga is changing up her act. She will now be performing a medley of Bowie's songs, the New York Times reports.

Grammys producer Ken Ehrlich said that while other musicians were interested in also paying homage to Bowie, he was intent on having Gaga sing the six- or seven-minute long medley herself. The set will consists of "at least three or four songs," Ehrlich said.

Nile Rodgers, who also produced Bowie's Let's Dance album, will act as musical director, according to a release. Ehrlich said that the set will be a "true homage" to Bowie musically speaking, but will not ignore "his influence on fashion and pop culture in a broader way."

Other late musicians who will receive some sort of tribute include B.B. King, who died on May 14, and Glenn Frey of the Eagles, who died on January 18.

Gaga has won six Grammy awards, has appeared on that the awards show three times in the past, and is nominated this year for Best Song Written for Visual Media for "Til It Happens To You" with Diane Warren. The song was written for the the documentary The Hunting Ground (2015), which explored the issue of rape on U.S. college campuses.

The 58th Annual Grammys will broadcast live from the Staples Center on February 15, airing on at CBS at 8 p.m ET/5 p.m. PT.