The music season is starting to pick up, and we're already looking ahead to some of our most anticipated releases by L.A. artists this year. Everything's subject to change, of course, but here's what we've listened to so far or heard are coming down the pike. 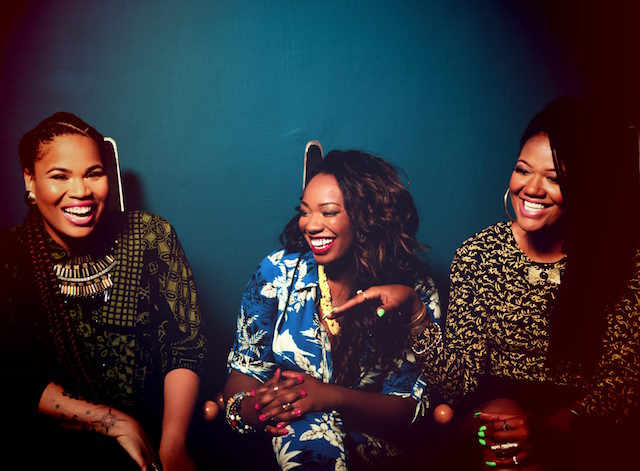 Sisters Paris Strother and Amber Strother, together with their friend Anita Bias, make gorgeous, swirling psychedelic soul that's a bit removed from time on their debut record. Putting together layered R&B vocals with NES-style synthesizers might not seem like the most logical combination on the surface, but they end up with a dreamy synth-funk blend that's a bit early-80s adult contemporary, a bit futuristic and totally their own. You don't have to take my word for it; their music sounds so sweet, it was enough to get Prince's attention—he asked the group to open for him on his epic 21-night stand at the Forum in 2011. The album was just released this week on the band's own label. Oh yeah, in addition to writing, performing and producing their own music, these early-twentysomethings also release music on their own label. Way to make the rest of us feel lazy, KING.

"This is not album of the year. This is album of the life." Ridiculous as that statement may be on its surface, dude has room to brag—Yeezus and My Beautiful Dark Twisted Fantasy were the best albums of their respective years, so Kanye's boasting may be critically verifiable. Forget all the trending-topic nonsense that surrounds him—Amber Rose Twitter feud, anyone?—and just listen to "No More Parties in L.A." a few more times in anticipation instead. 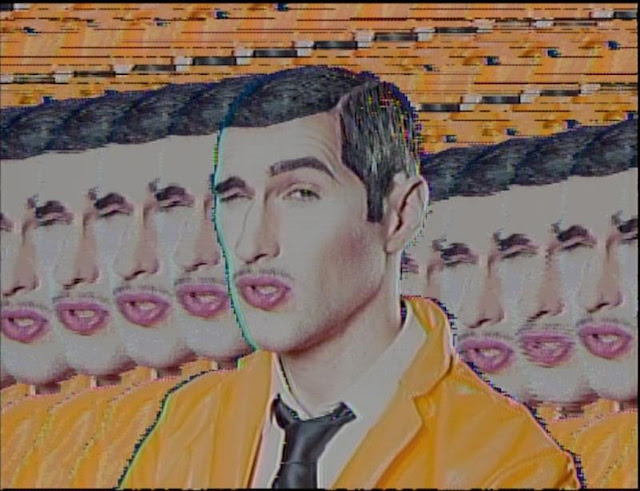 Seth Bogart is the lovable frontman for garage-rockers Hunx and His Punx. In the past, Bogart has sung scrappy, lovelorn odes to boys who are good kissers but don't like rock 'n roll. After taking time to focus on his art and clothing line, including opening up the Wacky Wacko pop-up shop in Echo Park, he's taking things back to his electro-pop roots on his first solo outing under his own name (Bogart previously played in electroclash greats Gravy Train!!!!). Songs like "Forgotten Fantazy" are more earnest than they let on, with lyrics about waning desire in a relationship over analog synths, drum-machine beats and fizzy guitar. But he can still sass it up when needed, as on the lo-fi electro-glam jammer "Eating Makeup," featuring Bikini Kill's Kathleen Hanna.


La Sera - Music For Listening to Music to
Out March 4

Anyone who says marriage ruins creativity hasn't been following Katy Goodman’s career. In the past, she's moved from making noise pop with Vivian Girls to winsome indie power-pop and melodic punk on her solo albums. Her latest finds her pairing up with guitarist, co-writer and new husband Todd Wisenbaker to return to a mellower sound that better suits her talents. With Ryan Adams at the production helm, the mouthful-of-a-title Music For Listening to Music to dials up Smithsy jangle-rock riffs, dueling vocals and sweet country-ish melodies, making La Sera like a cooler Jenny & Johnny or She & Him. 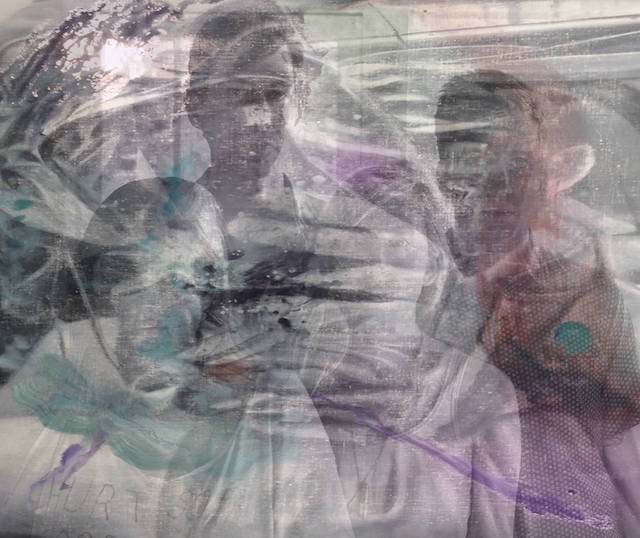 Dunes took us into a murky caverns on their goth-tinged debut, Noctiluca, riding on the strength of Stephanie Chan's Siouxie-ish coo and Mark Greshowak's jagged guitar lines. Their second album, Bitter Charm, finds the band emerging into a wintry dreamscape of glacial synths, softening their touch with subtle grooves from drummer Kate Hall (ex-Mika Miko) and bassist David Reichart (ex-Abe Vigoda). Look for the cassette in March, and check them out March 12 at Non Plus Ultra with Roses and Ritual Howls.

Dream-country band Gun Outfit are finally starting to get some attention—perhaps in part due to the success of like-minded artists such as The War on Drugs and Kurt Vile? But they deserve it. Last year's Dream All Over was terrific, and this new EP manages to strike while the iron is hot, tangling up Neil Young-style grit with Television-esque gleaming guitar collisions. All the while, singer/guitarists Dylan Sharp and Carrie Keith deliver cigarette-stoked hymns like a slackery Lee Hazelwood and Nancy Sinatra. Goes down like sweet bourbon. 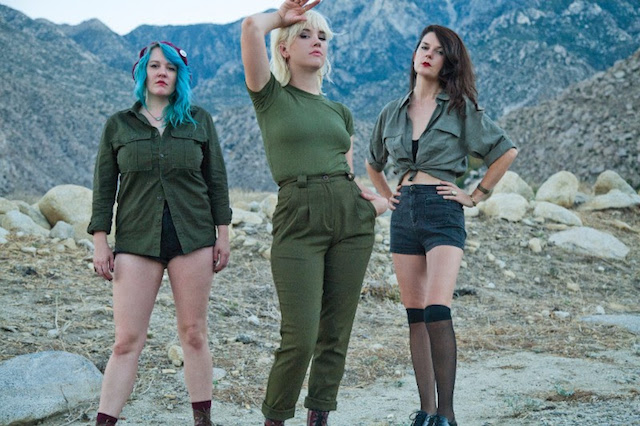 Bleached - Welcome to the Worms
Out April 1

Speaking of Mika Miko, two of their members, sisters Jessie and Jennifer Clavin, went on to form a rad new band called Bleached, who put out the excellent Ride Your Heart in 2013. Welcome to the Worms sounds like it'll continue in that album's tradition, reimagining L.A.'s female-fronted punk-pop bands of yore (The Bangles, The Go-Go's, The Runaways) with none of the rough edges sanded out—just ferocious hooks and attitude for days.

It's been four years since Frank Ocean released channelORANGE, an equally heartfelt and future-thinking soul album that dominated most year-end best-of lists in 2012. Though dissection of his sexual orientation, an unfortunate situation with Chipotle and an even more unfortunate run-in with Chris Brown have dominated discussion of Ocean since then, we're way more interested in hearing the music he has been working on. A promising snippet of watery R&B called "Memrise" was previewed in 2014, then... nothing. Publications such as Pitchfork are promulgating that the follow-up will be called Boys Don't Cry and will be released this year, possibly in winter. He's gotta give us something—it's taken long enough that even Adele has gotten antsy, which, judging by how long she took to release 25, should put him in the hot seat to release it soon. 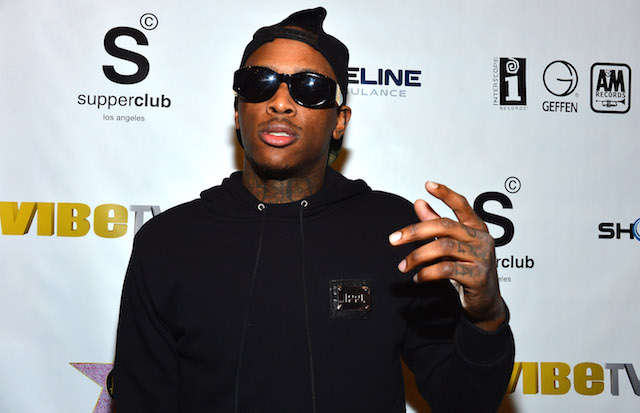 We love where West Coast hip hop is going, what with the cerebral rhymes and jazz-inspired beats of Kendrick Lamar dominating the airwaves and Flying Lotus keeping things lively and avant-garde in the underground. But YG reminded us how great a straight-up gangsta-rap album could be with 2014's My Krazy Life. YG's true-to-life rhymes and DJ Mustard's cool, minimalist production made it one of the best L.A. albums of that year. So far, for the follow-up we've heard a few tracks, including the similarly hard-hitting "I Wanna Benz," which manages to sneak some social commentary into a materialistic banger ("African American, they never wanted us to have Benz... this was not in they plan"). And we've heard "City Mad," which has another crisp beat, this time from P-Lo, and some great boasts ("You do what you want when you poppin', but everybody ain't poppin'). For anyone who misses the heyday of 90s gangsta rap, of albums like The Chronic and Doggystyle, YG looks to deliver yet again.

Anderson .Paak has already released one of the best new albums of 2016, the psychedelic beach-R&B opus Malibu. Together with producer Knxledge (who has produced his own records, along with songs for Kendrick Lamar, among others), they released the very promising Link Up & Suede EP in December. Just listen to "Suede" for a taste of what happens when Paak's sandy vocals and Knxledge's water-logged glitch soul backdrops come together. Plus, Stones Throw is probably the best label in Los Angeles, so everything they put out is worth your time. Also: Keep an eye out for the next album by L.A. soul singer Kilo Kish, which the label should be releasing early this year.