Gilmore Girls Is Officially Returning, Thanks To Netflix 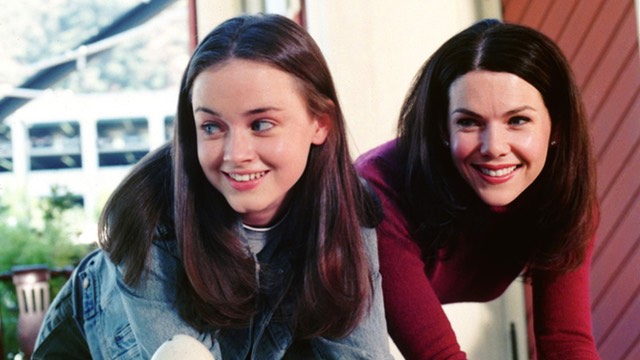 It wasn't too long ago that a beautiful rumor began spreading about the return of Gilmore Girls, the greatest show to ever explore the complicated nature of mother-daughter relationships in the most unrealistic but entertaining way.

Soon after that, the show's creator Amy Sherman-Palladino confirmed the return, adding that there would just be four 90-minute episodes. These would all take place in the present day (about 8 years after we last saw Rory and Lorelai), and play out over one full calendar year, each episode revolving around a season.

And now today, Netflix has confirmed that they'll be reviving the series "with original stars Lauren Graham, Alexis Bledel, Scott Patterson and Kelly Bishop." And presumably: Stars Hollow. Variety reports that Sherman-Palladino's "husband and producing/writing partner Daniel Palladino, who served as a writer, director and exec producer on the show," will also be on board—"Both will be writing and directing all episodes in the final season on Netflix." Deadline notes that co-stars Sean Gunn (Kirk) and Keiko Agena (Lane) are also on board. Meanwhle, E! reports on a ton of new characters, including Paul, "a Michael Cera type described as 'a good boyfriend.'"

The new season will begin filming in Los Angeles on February 2nd. No release date has been set yet, but here are some episodes to watch before the show's return... we recommend binging the entire series on Netflix, however. That way you'll be able to see Luke Danes for who he really is, the worst Gilmore Guy ever.

I CAN NOW CONFIRM: it's time for me, and this jacket I stole in 2007, to return to work.@netflix #GilmoreGirls pic.twitter.com/tBb07J9oO1