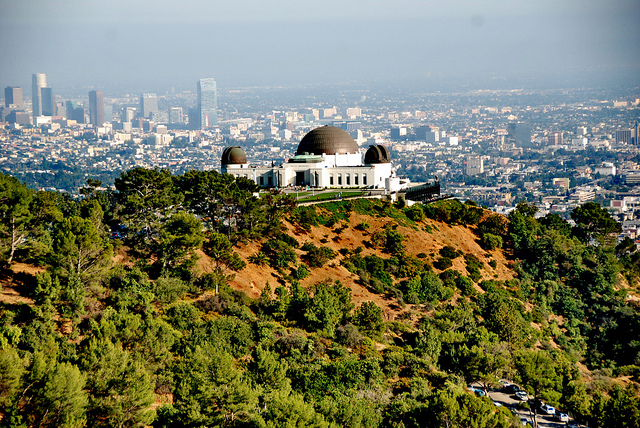 Griffith Park’s traffic problems are, not surprisingly, profound. Any attempt to get to the Observatory (or most places in the park) in the evening or on the weekends will be challenged by stop-and-go traffic that makes even the 405 seem speedy.

The traffic problems are why, for the past two years, Los Angeles’ Department of Recreation and Parks has been trying so hard to figure out how to balance traffic flow, parking, shuttle service and pedestrian/cyclist-friendly space in the park.

It’s a difficult balancing act, one that positions the Parks Department vulnerable to attack from all sides: prioritize cyclists and hikers, render the park inaccessible because cars aren’t allowed in; prioritize personal vehicles, render the park inaccessible because cars clog everything up. After about a year of traffic studies, the Parks Department finally has a piece of planning they think can appease (or at least be accepted by) all sides.

To solve the mess, the Parks Department plan calls for the extension of a shuttle system inside the park. The shuttles would be able to ferry park-goers between destinations like the Observatory and Mt. Hollywood, and several under-utilized parking lots near the park’s base, on a timed loop roughly every 15 or so minutes.

Up towards the Observatory, the number of parking spaces would actually be reduced, with most of those remaining converted to paid meter spots in hopes of pushing people to use the free shuttle service by parking at free lots below. At the same time, the park will receive some upgrades to its cycling and pedestrian infrastructure.

The sticking point, however, is bound to be the proposed opening of Mt. Hollywood Road to intermittent shuttle service. Last March, more than 100 cyclists and hikers voiced their objection to the road’s opening to vehicular traffic at a meeting of the Griffith Park Advisory Committee. They argued it was a “deletion” of accessible car-free space in park, and shows a wanton disregard for the well being of cyclists and hikers.

The compromise appears to be that Mt. Hollywood Road will not be opened to personal vehicles, as it was briefly last March, but only shuttles. While this means cyclists and hikers will have to keep their eyes open for shuttles, it also means the park’s lower roads should be significantly less gridlocked.

This Wednesday evening, January 20th, the Parks Department and Councilman David Ryu will be hosting the “Griffith Park Traffic & Parking Plan Presentation” at 7:00 p.m. in the Friendship Auditorium at 3201 Riverside Dr., according to CiclaValley. If you have an interest in the park’s future, you should make a point to attend.