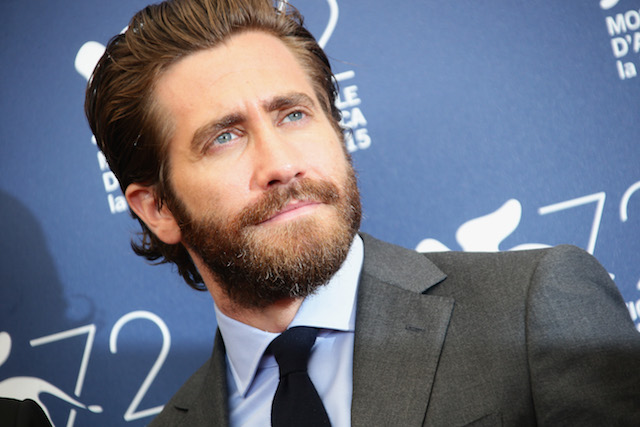 Jake Gyllenhaal is developing a show about American cult leaders, beginning with one of the most notorious.

The anthology series comes from Gyllenhaal's production company, Nine Stories Prod. and is being developed for A&E, Variety reports. Each season of the limited series will explore one American cult leader, beginning with Jim Jones. Gyllenhaal and his producing partner Riva Marker will act as executive producers.

Gyllenhaal called Jones a "complex character—one who has found his way into the collective unconscious. We want to focus on the undeniable magnetism of zealous and the danger of that kind of charisma. A notion not only pertinent to cult leaders but to the geopolitical climate of today."

Jones founded the The Peoples Temple in the 1950s in Indiana. In the 1960s, he moved the temple to California. He was charismatic, and in his earlier days as a minister and before forming Jonestown, Jones was seen in a different light than he is today. He was praised for his work on advancing civil rights, especially when it came to integration.

In 1977, however, Jones and several hundred members of his church moved to Guyana, just prior to the publication of a damning expose from journalist Marshall Kilduff. The article featured interviews with former Temple members who claimed they had been abused, both physically and sexually, as well as emotionally. In Guyana, Jones founded Jonestown, his supposed socialist paradise, a place he did not allow his members to leave. Allegations of abuse began to surface, including that members were beaten for not paying attention to Jones' sermons, or forced into signing confessions of wrongdoing that would be used to blackmail them if they tried to leave.

In November of 1978, Congressman Leo Ryan (D-CA) went down to Jonestown to see what exactly was going on down there. He went with relatives of Temple members and several reporters, including a camera crew from NBC. Three days after the group arrived, a Temple member attacked Ryan with a knife. The attack failed, and Ryan and his crew soon prepared to leave, along with 15 Temple members who said they wanted to escape the commune with them. However, when the group prepared to board two planes at the nearby airstrip, a group of Jones' armed guards opened fire. One of the Temple members who had pretended to want to leave with Ryan also pulled a gun and opened fire. Ryan was killed along with one Temple member and three reporters.

Later that same day is when Jones' followers drank grape Flavor-Aid or Kool-Aid laced with cyanide, killing 909 people, including 304 children. Hence the phrase, "drinking the Kool-Aid." Jones had told them it was a "revolutionary act of suicide protesting the conditions of an inhumane world." Jones himself was later found dead with a presumably self-inflicted gunshot wound to the head, though one of Jones' surviving sons posited that Jones may have asked someone else to shoot him.

A former Temple member, Teri Buford O'Shea, escaped Jonestown only three weeks before the mass suicide. She wrote a book about her experience called Jonestown Lullaby. She told The Atlantic that Jones had his followers "practice" mass suicide several times before the massacre, saying he would yell "White Night" over the compound's loudspeakers and demand everyone rush to the Pavilion, claiming they were under attack.

We didn't know this at the time, but he'd set up people who would shoot into the jungle to make us feel as if we were under attack. And there were other people who were set up to run and get shot—with rubber bullets, though we didn't know it at the time. So there you were, in the middle of the jungle. Shots were being fired, and people were surrounding you with guns.

Then a couple of women brought out these trays of cups of what they said was cyanide-laced Kool-Aid, or Flavor-Aid—whichever they had. Everybody drank it. If we didn't drink it, we were forced to drink it. If we ran, thought we'd be shot. At the end of it, we were wondering, Why aren't we dead?

And then Jim would just start laughing and clapping his hands. He'd tell us it was a rehearsal and say, "Now I know I can trust you." And then, in the weirdest way, he said, "Go home, my darlings! Sleep tight!" We weren't really in mood for sleeping tight at that point.