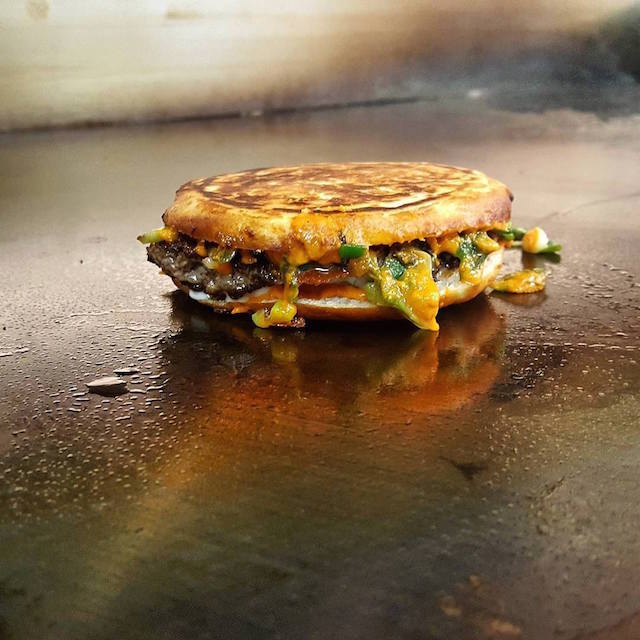 Chefs Roy Choi and Daniel Patterson announced in 2014 that they would be joining forces to open their healthy fast-food chain LocoL, and that day is finally here. Their first location is set to open in Watts this month.

Choi, the godfather of food trucks (ahem, Kogi BBQ), announced on social media over the weekend that LocoL would officially open its doors at 1950 East 103rd St. on Jan. 18 at 11 a.m. "We would love you all to come out," he writes. "It's MLK day so all the schools are off, so the neighborhood will be out in force. If you're from Watts then you already know and if you're visiting us that day, the Watts family is so excited to welcome you to the cradle."

In addition, the first 100 people in line with get a special t-shirt that's a collaboration between Undefeated and LocoL, free food and apparently hugs. We have a hunch that there's going to be a long line on opening day since Choi mentions that if you decide to camp overnight or in the morning, he'll have some of his family there to keep everyone company.

Last April, Choi and Patterson spoke at a discussion panel at the Line hotel in Koreatown, and discussed some of the dishes they would be serving, which would include Foldies, which are a quesadilla-and-taco hybrid, as well as burgers, chicken tenders, rice bowls, and veggies. Over the last few days, Choi's been posting photos on Instagram and Facebook of the LocoL space and food. And let's just say the dishes have been making us drool.

At the panel, Choi talked about how unhealthy regular fast food is, and how our children have been brainwashed into believing this is how we should live. "It’s killed, poisoned our communities for the last two generations," Choi said. "That shit is real. To me, that’s fast food. But that doesn’t mean that that has to continue to exist."

They're planning on opening another LocoL in San Francisco's Tenderloin soon. Choi and Patterson's got our vote of confidence. We're looking forward to their food revolution.

Tag a friend or family and join us on 1/18/16 at 11am in Watts at 1950 East 103rd Street for our grand opening and snag one of these blocks to climb and eat on. Your support has been instrumental and we so look forward to seeing you on this pretty darn important day. Shouts to all our indiegogo supporters, community leaders, investors, and to all you on this journey with us. Thank you. You are gonna trip on the flavors that have become one between DP and I. #LocoL

Let me introduce you to the Foldie. #LocoL #Watts