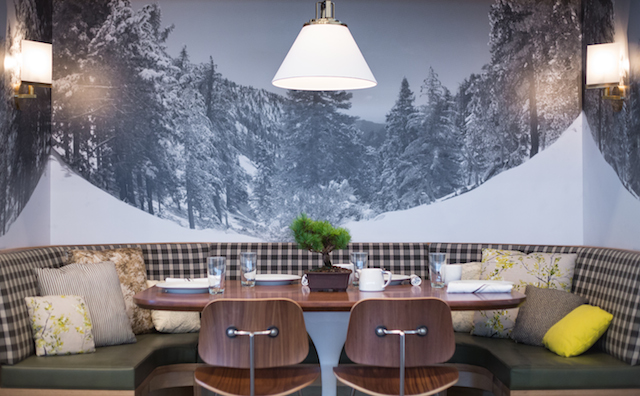 Pull up a chair! (Photo courtesy of Little Pine)

Moby has announced that all of the profits from his new vegan restaurant, Little Pine, will be donated to animal welfare organizations.

The musician's organic, plant-based eatery in Silver Lake, will give 100% of profits to a variety of groups, including The Humane Society, Mercy for Animals, Farm Sanctuary, Sea Shepherd and PETA, among others. The restaurant, which opened in November of 2015, serves Mediterranean-inspired vegan fare and also features a small shop with artisanal home goods curated by the DJ.

“Opening little pine was never meant to be a conventional entrepreneurial endeavor," Moby explains in a release. "I want it to represent veganism in a really positive light, and also help to support the animal welfare organizations who do such remarkable work.”

While some restaurants have been known to donate a portion of profits to charitable groups—and one in Pasadena going so far as donating half—it's not often that you hear of a place donating everything.