One Of These Four Teams Will Revamp Pershing Square 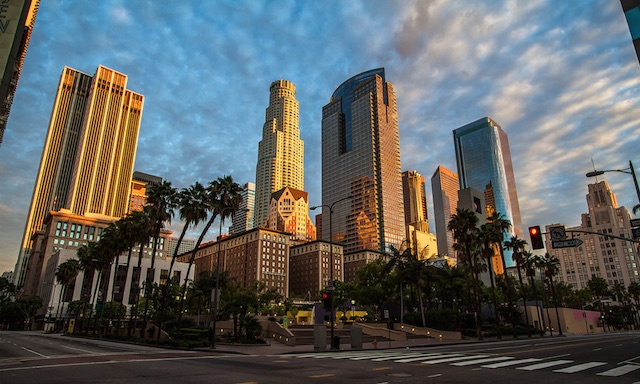 Ten teams have been reduced to four, and one of them will redesign downtown Los Angeles' Pershing Square.

The remaining four teams were revealed today, according to a release from Pershing Square Renew. According to Eduardo Santana, executive director of Pershing Square Renew, the teams "include global stars and local unknowns. They've built towers and landscapes and many creations in between. But they all had one thing in common—they didn't just make us want to see more from them, they inspired us to imagine more for Pershing Square."

Renew has selected the following four teams out of an initial 10, and these four will be showing off their final plans to the public in March. A jury will consider public comment when choosing the winner.

Big themes across all finalists include open space for recreation, sustainable plants and improving walkability and safety for those on foot. Each has a proposal online you can view to see which you like best. 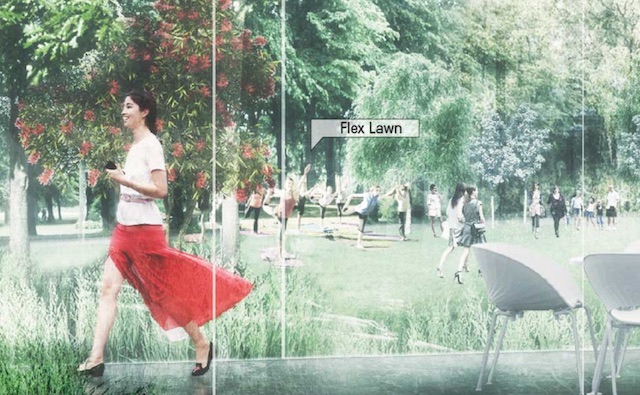 These two downtown Los Angeles firms said that they're not presenting a full design, "but rather a series of strategies that would guide our thinking toward the next phase of competition." They see Pershing Square as an "urban stage," and their ideas include improving walkability, turning the park into a destination where events occur daily and using stormwater collection and other eco-friendly measures to water the park. 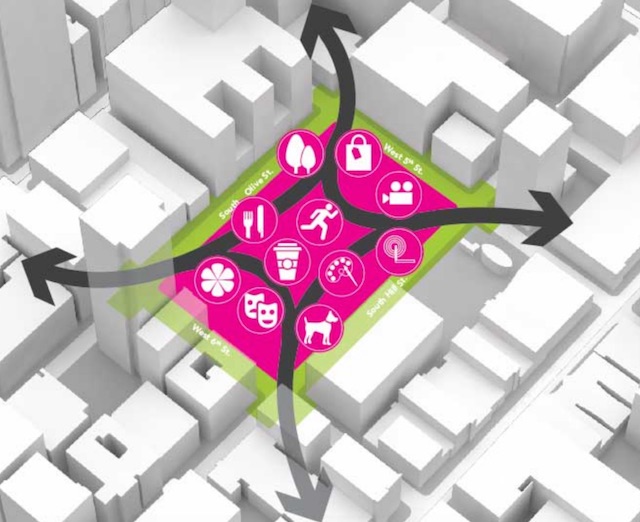 James Corner was behind High Line Park in Manhattan as well as Tongva Park in Santa Monica. Their proposal states that the park "could be thought of as an urban oasis and outdoor designation for the city—a place of both respite and event; both garden and theater." Their ideas include native plants, theatrical spaces, spaces that encourage social interaction, improved walkability and connecting with the site's history and the surrounding landmarks. They think the site might be a good place for food and beverage events, lectures, markets, fairs and artist residencies, among other attractions. They also want multiple entrances to the park. 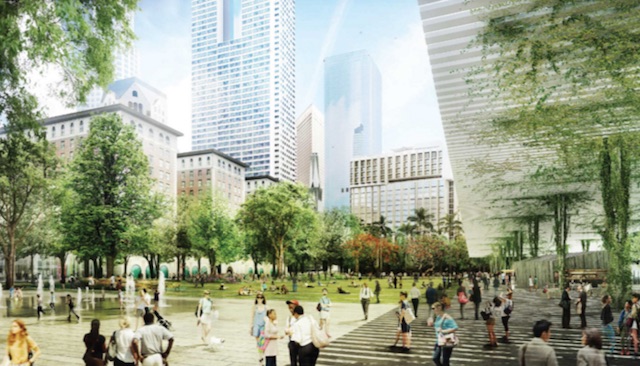 Agence TER is from Paris. This team describes their ideal Pershing Square as "radically open" and wants to "fold down" the walls and edges that currently separate the park from the rest of downtown. Their design imagines green space for exercise classes, a bustling Farmers Market on 6th Street, a promenade with sculptures, and a number of different gardens. The wind garden, for instance, would contain a playground for children, but they also have plans for an "edible" garden—we assume crops—and a colorful "scent" garden. 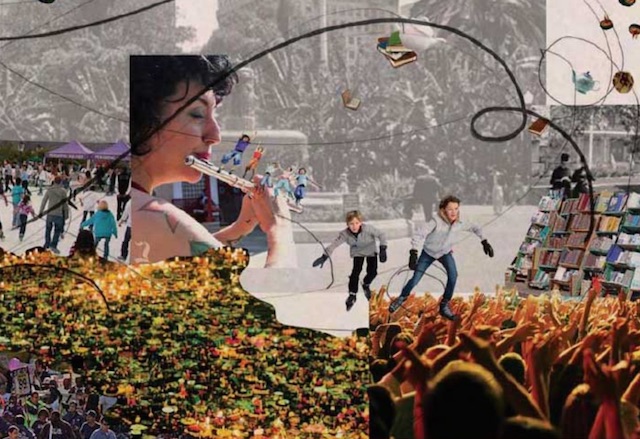 wHY and SALT (Photo via Pershing Square Renew)

Culver City's wHY has partnered with Denver's Civitas Landscape Architecture. They're all about culture in the Square—food, music, history, films and art. Their plans contain images of people eating from street carts, browsing book stands, sipping cups of coffee and watching musicians, cultural parades and street performers. They even have a few images of peaceful sit-ins and demonstrations.