Over Half Of L.A. & O.C. Is Struggling To Pay Rent 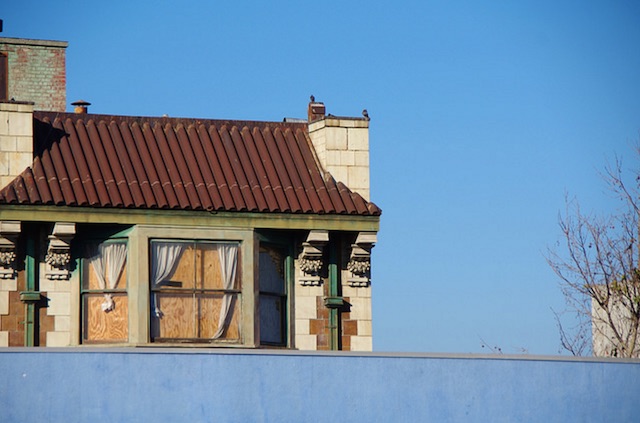 We all know living in Los Angeles is expensive. After all, last year we snagged first place for having the most unaffordable housing in the nation (when you take into consideration income to housing ratios). But a new, grim study has found out that nearly 60 percent of Southern California residents are having trouble affording their rent.

The study was released by Harvard University's Joint Center for Housing Studies last week, and it found that 58.5 percent of renters in L.A. and Orange counties spent more than 30 percent of their income on housing last year, according to the L.A. Times. Research shows that spending more than that percentage on your rent is considered burdensome.

Even worse, there was a whopping 32.8 percent of L.A. and Orange county residents spending more than half of their income on housing, which researchers say is "severely" burdensome.

Regarding another of Harvard's studies on rentals that was released last year, which also offered bleak results about housing, Dan McCue, research manager at the Harvard Joint Center for Housing Studies, told the L.A. Times, "Pretty much all other necessity spending is getting crowded out. Food, clothing, healthcare, you name it. There's just less to go around."

This year's study also found that over half of moderate-income renters, who made between $30,000 and $45,000, were also spending more than 30 percent of their incomes last year in expensive cities like Los Angeles.

"It's moving up the income ladder," Chris Herbert, Managing Director of the Joint Center For Housing Studies at Harvard, told NBC Los Angeles.

However, it fared even worse for low-income renters who have an income less than $15,000. In 2014, 80 percent of that group spent more than 30 percent of their earnings on rent, and almost 75 percent spent half of their income on rent.

The culprits behind the rental crisis included developers building more luxury apartments instead of affordable ones, a renters' boom due to foreclosures on family homes and difficulty in getting loans to purchase homes.

"The crisis in the number of renters paying excessive amounts of their income for housing continues," Chris Herbert, managing director of the housing studies center, told the Times. "The market has been unable to meet the need for housing that is within the financial reach of many families and individuals with lower incomes."

Related:
Map: The L.A. Neighborhoods Where Millennials Love Living The Most