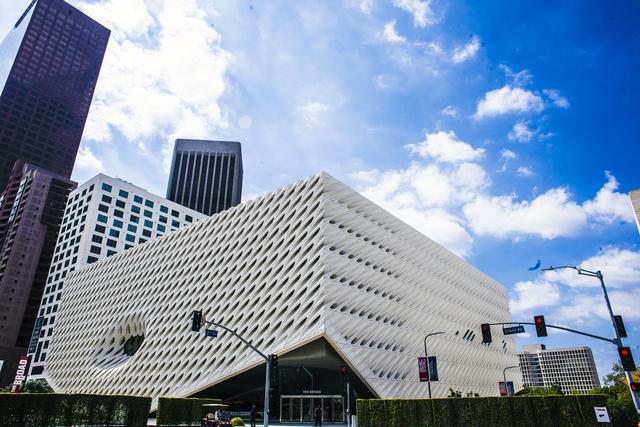 Lately, the New York Times has been taking notice of Los Angeles, putting out trend pieces on how Los Angeles is cool again or critiquing how L.A. is a "third world" city. They're still keeping tabs on us as we've made The Gray Lady's top 10 list of the most notable art themes of the year.

In the Times' "The Best in Art in 2015" story, art critic Holland Cotter ranked Los Angeles—the entire city—as number four on his list, alongside other grand concepts such as "Loss" and "Gains."

"The city's art scene continues to build, the promotional heat intensifying," Cotter writes about us. He then goes into the opening of The Broad Museum, at first saying that it was a big deal for us on the West Coast, and then, since it's the New York Times, throws some shade, writing "though much of the collection is market boilerplate and East Coast-centric."

The only other thing he highlights is LACMA's currently-running retrospective exhibition on Noah Purifoy, the artist who co-founded the Watts Towers art center and has an outdoor museum of found-art sculptures near Joshua Tree. Well, if Cotter is going to go in that direction, maybe he should have just given the ranking to all of Southern California, not just Los Angeles.