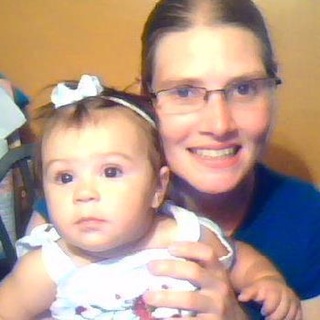 Carol Coronado and one of her daughters (Facebook)
A judge found that the mother who stabbed her three young daughters to death in May was sane at the time of the killings.

On Thursday, Judge Richard R. Ocampo found Carol Ann Coronado, 32, sane at the time when she killed her three daughters, according to a release from the L.A. County District Attorney's Office. Coronado now faces a maximum sentence of life in prison without the possibility of parole, and will be sentenced on January 7.

Previously, Coronado had pleaded not guilty by reason of insanity, and her attorney, Stephen Allen, said, "No sane mother does something like this, especially someone with no record, who loved her kids by all accounts." He planned to have doctors testify that Coronado suffered from postpartum psychosis.

Spear, however, argued that Coronado plotted to murder her daughters because she felt overwhelmed by having to care for them without the help of her husband, who wanted a divorce.

Coronado stabbed her three daughters, ages 3, 2 and 2 months, to death in May of 2014 in her home in the 1000 block of West 223rd Street in unincorporated Torrance. The grisly crime was discovered by Coronado's mother, Julie Piercey, who stopped by the house that day. She found Coronado lying on a bed in a pool of blood with the bodies of her three daughters. Piercey took a butcher knife out of Coronado's hands and ran outside, alerting Coronado's husband, Rudy Coronado, to her discovery. When they entered the room, Carol Coronado took the another knife and plunged it into her own chest, puncturing her lung.

Throughout the proceedings, Rudy Coronado has maintained that his wife "lost her mind."

"It tears me apart because it's my little girls that I lost. I lost my whole family, my three little girls. And Carol, she didn't mean to do that. I strongly believe that," he said.