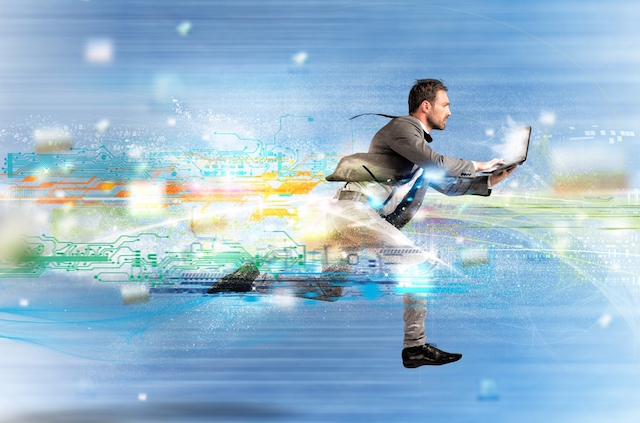 Google is working to bring their super-fast Internet to Southern California, meaning you might be able to say goodbye to Time Warner's customer service.

In a blog post on Tuesday, Google announced that they were looking to expand Google Fiber to over a dozen cities, including Los Angeles and Chicago. Currently, the broadband Internet and cable TV service is only available in Kansas City, Mo.; Austin, Texas; and Provo, Utah with service coming soon to Salt Lake City, Utah; Atlanta, Ga.; San Antonio, Texas; Nashville, Tenn.; Charlotte, N.C. and Raleigh-Durham, N.C.

"In L.A., faster Internet may mean that indie musicians and YouTube stars can spend less time worrying about bandwidth, and more time creating their next project," writes Jill Szuchmacher, Google Fiber's director of expansion. Irvine and San Diego were also among the cities that Google Fiber could be expanded to.

Google Fiber starts at $70, and provides users with speeds of 1 gigabit per second, meaning uploads would be 40 times faster and downloads 100 times faster for the average Angeleno. Subscribers can also get up to 150 television channels—no word yet on whether you'll be able to watch the Dodgers on Google Fiber.

Earlier this year, L.A. was soliciting bids from ISPs to bring gigabit Internet to the city and offered kickbacks to the companies, but Google says they'll handle their own costs. "It is a significant investment," Szuchmacher told the L.A. Times. "This is just the beginning of the conversation."

Of course, laying thousands of miles of fiber cables would be a pretty major task, so they've been working with Mayor Eric Garcetti's office on the project. He seems pretty excited about it. "We expect that Google Fiber's entrance into Los Angeles, their largest market to date, will benefit everyone here in the city," Garcetti said in a statement.

Google's announcement comes just a day after AT&T announced that their GigaPower will be available in parts of Los Angeles soon.