Seinfeld's Apartment Is Coming To L.A., Just In Time For Festivus 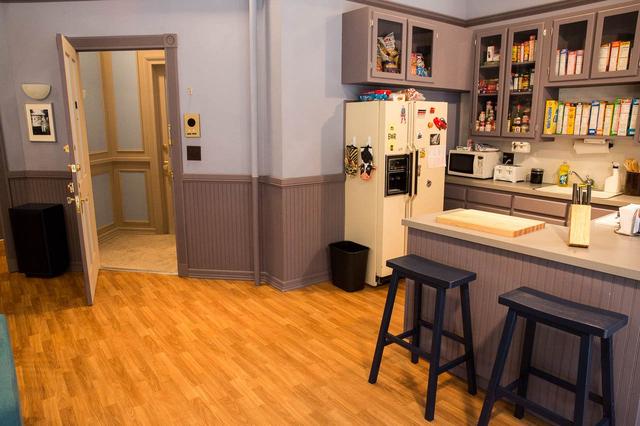 'Seinfeld': The Apartment, during its stint in New York (Photo by Tod Seelie/Gothamist)

It may not be real, but it's spectacular, and Jerry's apartment from Seinfeld is coming to Los Angeles.

After a wildly popular run in New York back in June, Hulu is bringing their "Seinfeld: The Apartment" experience to Southern California just in time for Festivus. Aside from just recreating the iconic apartment, fans in New York were also given the opportunity to live out their Seinfeld fantasies, including a chaise longue one can pose on à la George in "The Package", or a shot at bursting through Jerry's front door like Kramer—though we should advise you to be gentle with the set.

Hulu, which has every episode of the series available for streaming, promises "new and exciting items from the legendary series" for the Los Angeles edition, including a Festivus pole to get us into the holiday spirit. No tinsel, though: it's very distracting. Other items on display back in June included Puddy's New Jersey Devils jersey, the Frogger machine, and the Maestro's wand. Maybe they can get the Puffy Shirt on loan from The Smithsonian.