Passenger Booted From American Airlines Flight For Being Overweight 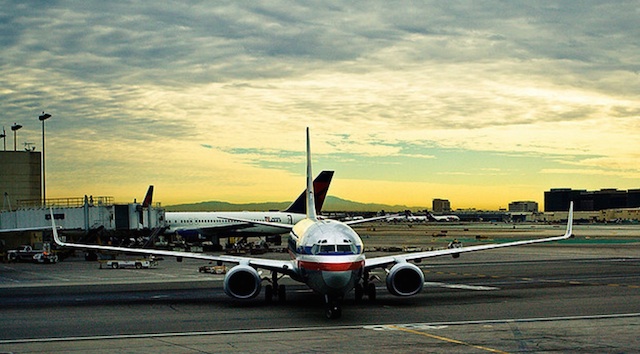 A retired marine from Orange County says he was kicked off an American Airlines flight for being overweight.

Chris Shelley, a Huntington Beach engineer, had boarded a flight on Friday heading from Dallas, Texas to Orange County's John Wayne airport, when he says an American Airlines employee asked him to leave the plane because he was too large for his seat, reports CBS LA. Shelley says that a petite, elderly woman seated next to him had complained to the crew member after the retired marine sat in the seat to her.

“She was clearly not particularly happy, got up and left and went towards the front of the aircraft,” Shelley tells CBS LA. He then explains that “a young gentleman in a vest with an American Airlines emblem on it turns to me and says: ‘Sir! You need to take your things and deplane immediately. Come with me.' I was in shock."

Shelley says he was told by crew members that the elderly woman claimed he was too big for his seat. “They told me anyone over two inches in the seat cannot sit on the aircraft."

Rather than offer Shelley a solution to the situation, Shelley says he was simply asked to leave the plane. But after negotiating with the employee and begging him to ask the woman who complained to see if she would switch seats, the employee obliged. The woman moved seats and Shelley was allowed to reboard the plane.

Following the incident, American Airlines has sent two apology emails to Shelley, and according to a statement issued to Consumerist, the company has launched an investigation:

We always aim to give our all of our customers the best possible travel experience and we fell short of that with [the passenger] while trying to accommodate another passenger. We’re investigating what happened both onboard and afterwards in our follow-up to ensure similar circumstances are handled better in the future.