Missile Launch Was A Secret So The Chinese And Russians Wouldn't Know, Says Expert 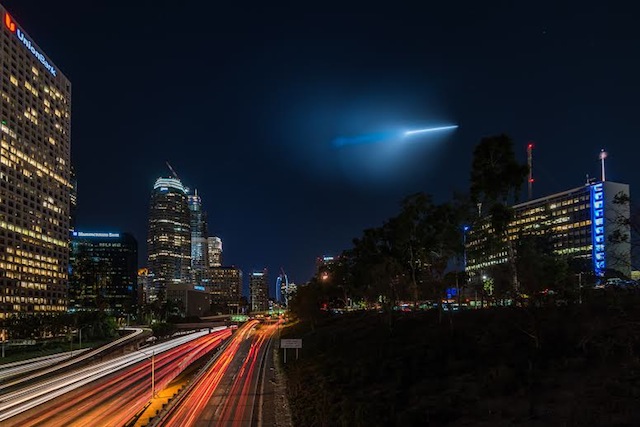 Saturday night's UFO missile test by the Navy was kept a secret from us because the government didn't want China or Russia to know either.

That's what Loren Thompson, a military analyst with the thinktank The Lexington Institute, told the L.A. Times, saying that the only people given advance warning are mostly aviation officials who had to make sure no plans would be in the way of any missiles. In fact, the FAA warned pilots on Friday to avoid flying over the Pacific from LAX and apologized to residents in the adjacent neighborhoods for the extra noise.

If any of our enemies knew in advance, they could easily monitor the launch and gather sensitive information.

"Strategic Systems Programs does not routinely announce missile testing," the Navy said in a statement after the test. "Information regarding the test launch of Trident II (D5) missiles is classified prior to the launch."

And while there was bound to be reports of a UFO and speculation among the general public—particularly in the social media age—after a missile test, the Navy did not anticipate that much of a spectacle. It turns out the timing was perfect for such a light show, since the Trident missile was launched just after sunset, reflecting a lot of the sunlight and creating the images we saw all over the Internet. Had they known, said Navy spokesman John Daniels, they would have been quicker with an official statement.

Sightings of the missile were reported throughout Southern California, in parts of Arizona and Nevada, and as far north as San Francisco, says CBS Los Angeles.

The airspace over LAX will continued to be diverted until Thursday, so keep your eyes to the night sky, Los Angeles.