Here's A Neat Timelapse Of The Mysterious Missile Launch 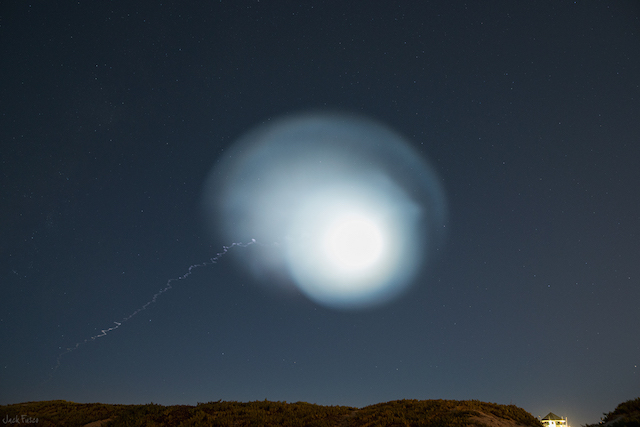 There it goes! (Photo courtesy of Jack Fusco)

Over the weekend, we were all witness to a bright explosion in the sky, making us all pray to our new alien overlords before finding out that it wasn't a UFO, but rather a government test missile launch. One photographer who was out shooting pictures managed to serendipitously catch the launch on a timelapse video.

Photographer Jack Fusco, who has also captured breathtaking pictures of the Milky Way from a Malibu sea cave, was photographing in San Diego when he just so happened to see the launch of the unarmed Trident missile. He took this timelapse:

People all over Southern California—and even all the way in Arizona and Nevada—reported seeing the bright lights in the sky. The Navy later released a statement, explaining that they were doing a scheduled missile test:

Navy Strategic Systems Programs conducted scheduled Trident II (D5) missile test flight at sea from USS Kentucky, an Ohio Class SSBN, in the Pacific Test Range off the coast of Southern California. The tests were part of a scheduled, ongoing system evaluation test. Launches are conducted on a frequent, recurring basis to ensure the continued reliability of the system. Each test activity provides valuable information about our systems, thus contributing to assurance in our capabilities.

Even though the Navy kept their missile launch under wraps, the FAA did make an announcement Friday night that flights to and from LAX should avoid flying west over the Pacific Ocean, and airport officials apologized to those living east of the airport for the unexpected noise they would be experiencing. Loren Thompson, a military analyst with the thinktank The Lexington Institute, told the L.A. Times that he believed the Navy kept it a secret for the most part because they didn't want China or Russia knowing about the tests so they could easily monitor the launch and gather sensitive information. 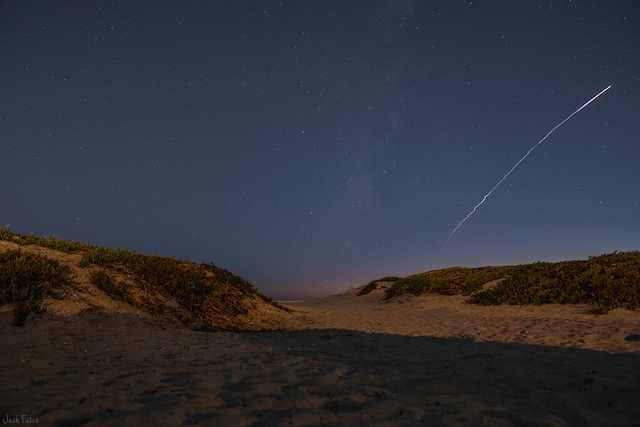 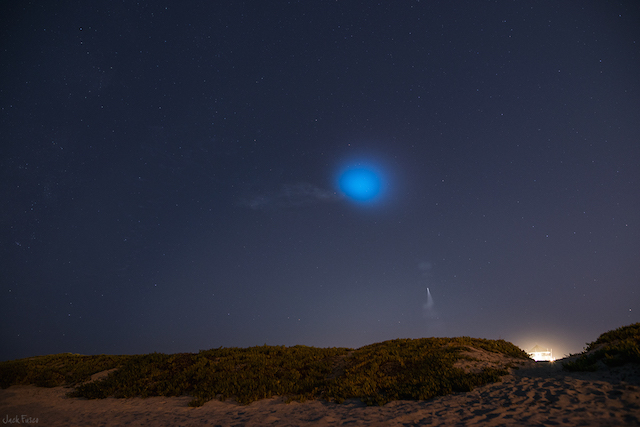 After the explosion (Photo courtesy of Jack Fusco)

Related:
These Starry Malibu Beach Photos Look Out Of This World