Some Jerk's Drone Knocked Out The Power In West Hollywood Yesterday 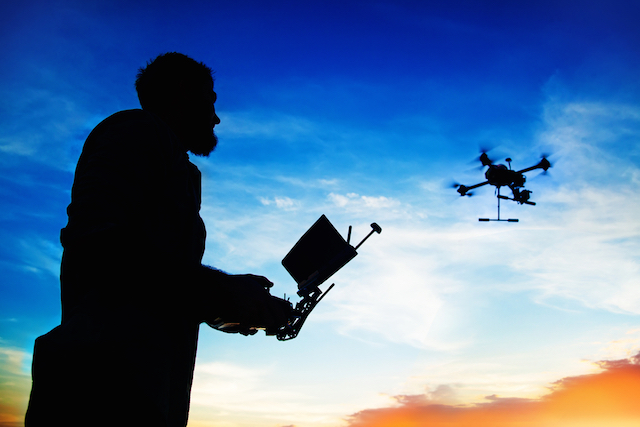 You must use your drone powers for good, not evil. (Photo by Mila Supinskaya via Shutterstock)

If you found yourself without power in West Hollywood yesterday, it may have been the work of a rogue drone operator.

We're all well aware by now that sometimes drones are cool and can make beautiful videos, and other times, they just screw stuff up. Recent legislature indicates that drone pilots may have to register their toys in the event that they fall into the latter category—like some jerk who knocked out power for 700 people in West Hollywood yesterday.

Residents reported seeing a drone flying into wires above Larrabee Street and Sunset Boulevard yesterday at about 1:15 p.m., the L.A. Times reports. The drone knocked one of the wires down, resulting in about 700 Southern California Edison (SCE) customers being without power for about three hours.

SCE spokesman Robert Villegas said that while lots of things can interfere with lines—balloons, animals, etc.—this is the first time there's been a drone incident.

Investigators are on the hunt for this rogue drone operator now. They found bits and pieces of the drone on the ground near the scene, including one errant propeller. Someone posted a photo of the drone to The Viper Room's social media, indicating it may have been part of the filming of a reality show.

Never a dull moment in West Hollywood! The power went out for a minute so I went outside to see if the rest of the hood was out. Apparently a drone was following a car for a reality show and hit the power line crossing sunset at larrabee. The line snapped in half and landed on this Mini. It buzzed for a few minutes and poof! Smoke from under the hood. #ripmini Oh well, back to work! Come to our Halloween party on Saturday! $500 first prize costume contest!